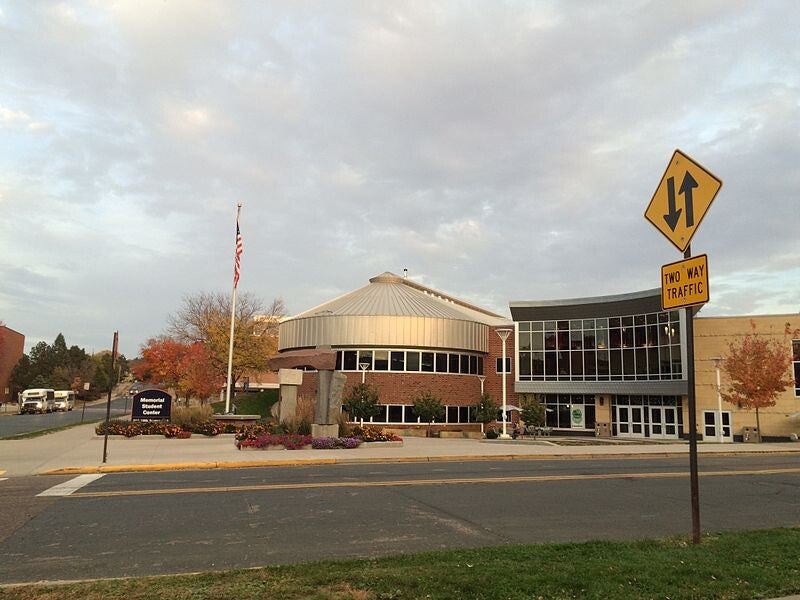 The Memorial Student Center at the University of Wisconsin-Stout. Sisipherr (CC BY-SA)

Four finalists have been named in the search for the next University of Wisconsin-Stout chancellor.

The candidates come from colleges and universities in Indiana, the state of Washington, Oregon and West Virginia.

On Friday, a University of Wisconsin System press release announced the nationwide pool of candidates for the position had been narrowed down to four. They include:

The new chancellor will replace former UW-Stout Chancellor Bob Meyer who retired Aug. 18 after serving in that role for five years.

"We’ve got four very capable, experienced people, diverse backgrounds, diverse skill sets," Plante told WPR. "So, I think as a whole the committee is really excited to see how they’re received on campus and to take the next step in the process of narrowing it down to find the right chancellor for UW-Stout."

Plante said the next step will be campus visits by each of the finalists this month. He said they’ll spend a full day at UW-Stout meeting with faculty, staff and students, and each will give online presentations.

"Knock on wood ... so far so good," said Plante. "We’ve got really, really, strong support and a very good, active group from UW-Stout, faculty, staff and students represented. And they’ve really gone above and beyond."

Former UW Board of Regents President John Behling is also on the search committee.

He told WPR that no matter which finalist is picked to head UW-Stout, they’ll be a strong addition to the UW System and the campus will be in good hands. Behling also complimented the strong support the committee has gotten from the campus and community.

"The faculty and the student representative and the community member have been great to work with," said Behling. "They’ve been great additions to the committee, and (it's) also interesting that (for) the top four candidates there was virtually mutual unanimous agreement upon."

Plante said he would like to be able to announce a new chancellor at the regent’s meeting in early December.