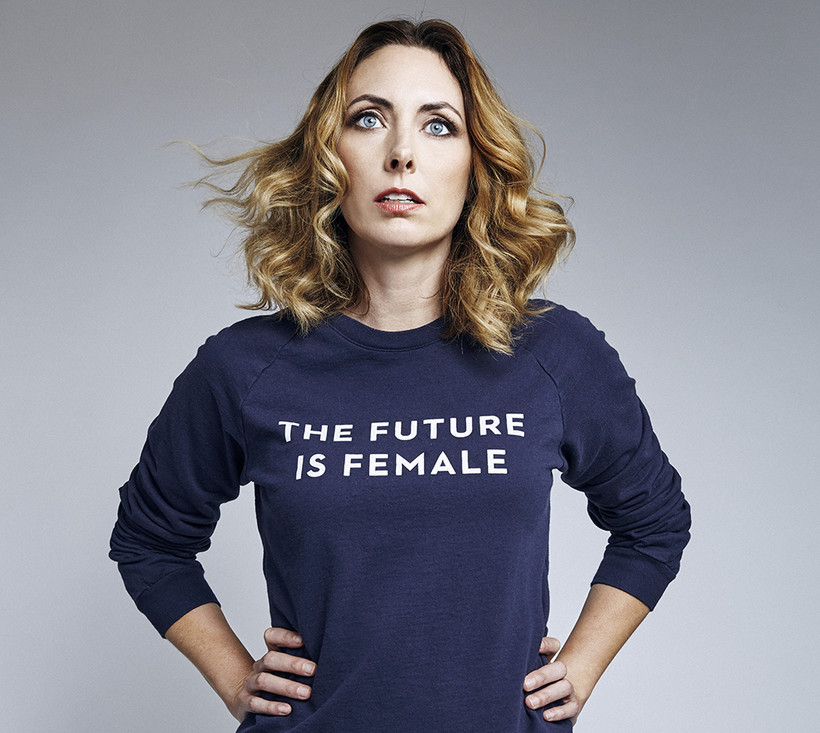 Comedian Erin Gibson is a self-described "southern loudmouth" and the co-host of "Throwing Shade" — the award-winning comedy political podcast on Earwolf. On the show, the spunky host goes by the nickname "Feminasty."

That moniker also serves as the title of her new collection of essays: "Feminasty: The Complicated Woman’s Guide to Surviving the Patriarchy Without Drinking Herself to Death."

But, what does "Feminasty" mean? Gibson gives WPR's "BETA" her take on the term.

"I like to think of it as an unapologetic crusader for your rights even if people think you’re a raging monster," Gibson says.

She explains the main motivation for writing the book was to speak to young women who reminded her of herself.

"I wanted to write a feminist propaganda tool that was accessible to an 18-year-old version of me," Gibson said. "Growing up ... I wasn’t really aware of the myriad of ways that the patriarchy was making my life and my choices and my existence impossible."

Gibson's book works to empower women, while cautioning against the all-too-familiar woman vs. woman competition. Her dedication in the book sounds an appropriate alarm: "To women. You are not my competition."

"It’s like a subconscious thing that we’re taught. There’s limited men, money, jobs, positions and there’s another woman right next to us who’s vying for the same limited amount," Gibson said, arguing that men don't have to contend with the same limitations.

"To me, men compete with the idea that even if they screw everything up, there’s going to be another opportunity for them and women just don’t have that in the back of their minds," Gibson said. "I call it the hope differential."

Gibson added that if women fend off competition and team together, "we could actually topple the problematic system in the first place rather than just fighting for the scraps we’re being thrown."

"Feminasty" follows in the wake of books like "Backlash: The Undeclared War Against American Women" by Susan Faludi. The feminist classic was an inspiration to Gibson.

"I devoured (Backlash) in three days," Gibson said. "It was amazing because I finally had the language — thanks to this book — to identify what I was experiencing and not just feel weird."

While Gibson isn’t aspiring to the heights of "Backlash," her collection of hilarious essays tackles the contemporary facades of the patriarchy including the ruse of cosmetic companies, the pitfalls of abstinence-only sex education, the hypocrisy of breast cancer awareness month and the tampon tax.

Her breezy, funny and charming writings might be just as useful to the next wave of feminists as Faludi was to her — and hopefully they'll just as poignant and inspirational.

"Day to day, doesn’t matter what the situation, do not let anyone dilute your power," Gibson said. "Women are constantly told to be less than, to be quiet, to be under. Don’t let anyone do that. As a matter of fact, when someone tells you not to do something, you should do the improv rule, which is do it twice as much."

Gibson hopes the collection can inspire men as well and encourage them to be an ally when women need them the most.

"Stand up for women when we’re not around. When it’s locker room time, when you’re hanging out with your bros at (Buffalo Wild Wings) and something comes up that you don’t think is the right attitude toward women, say something," she said.

"Unfortunately right now it’s more powerful when a man stands up for us than when we stand up for ourselves," Gibson added. "We’re still at that point."

Feminasty: The Complicated Woman's Guide to Surviving the Patriarchy Without Drinking Herself to Death