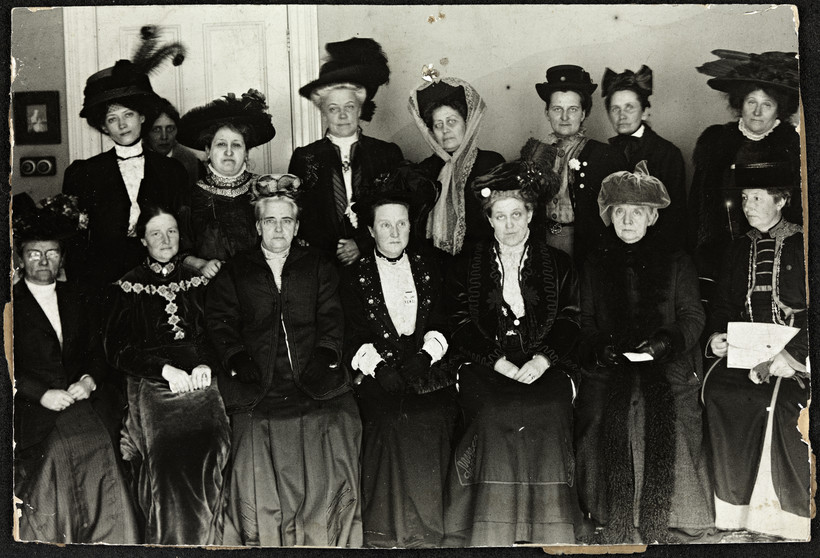 A constitutional law expert is reminding Americans that the ongoing legal battle over voter ID laws is only the latest fight over voting rights, and that suffrage movements have been a hallmark throughout U.S. history since its very founding more than 240 years ago.

Michael Waldman, the president of New York University’s Brennan Center for Justice and former head of speechwriting for President Bill Clinton, chronicles the history of the long struggle to win voting rights for all citizens in his new book, "The Fight To Vote."

"One of the reasons I wanted to write the book was to learn the history myself even more being in the middle of today's fights," said Waldman. "It has always been like this. And it turns out, throughout 240 years, it's always been a fight to vote. There have been people who have had to command their voice be heard. There were others who were fighting against them. And it's always been very raucous and often partisan and raw."

From the beginning, the Founding Fathers were of different minds on who was going to vote when shaping American democracy. In drafting the Declaration of Independence, Thomas Jefferson began outlining the idealism of the new republic -- with a 14-year-old slave by his side, reminded Waldman. Only white men who owned a certain amount of property were allowed to vote, a practice inherited from England and included a small segment of the public.

It's at this moment, said Waldman, that one of the first suffrage heroes emerges: Benjamin Franklin. Franklin led a working man's revolt in Pennsylvania in 1776 to demand voting rights regardless of how much property he owned. He continued to insist that property requirements be left out of the U.S. Constitution as the men met at the convention in Philadelphia the following year. Waldman said Franklin's notions of expanding voting rights to more people made other Founding Fathers nervous.

Waldman quotes Franklin in the book with this poignant anecdote on voting rights at the time:

"Today a man owns a jackass worth fifty dollars and he is entitled to vote; but before the next election the jackass dies. The man in the meantime has become more experienced, his knowledge of the principles of government, and his acquaintance with mankind, are more extensive, and he is therefore better qualified to make a proper selection of rulers -- but the jackass is dead and the man cannot vote. Now gentlemen, pray inform me, in whom is the right of suffrage? In the man or in the jackass?"

Waldman added with his own words, "One of the things that I found in looking at the history is, the book is principally about who can vote, but issues of wealth in the elections, and even up until now with Citizens United (U.S. Supreme Court case) and its aftermath and things we think of as campaign finance, they were entwined from the beginning, and that fight over the property requirement is really the same fight."

While white men were the early beneficiaries of the suffrage movement, other Americans still had decades-long, if not centuries, worth of fighting. Frederick Douglas professed that expanding voting rights to African Americans would be the next great struggle after the abolition of slavery. Waldman said President Abraham Lincoln's first drafts of Reconstruction hadn't included extending voting rights to blacks. However, Lincoln was swayed by his critics, and announced his support for black suffrage during his last public speech. It was the final straw for one man in attendance -- John Wilkes Booth, who would assassinate Lincoln just days later after his colleague refused to do it on the spot during the speech.

African-American men received the right to vote with the ratifying of the 15th Amendment in 1870 -- although it wouldn't be fully realized for almost a century. Waldman said it led to a "great flowering of democracy." African-Americans voted in large numbers and were elected to office. But the pendulum swung back with the rise of the Ku Klux Klan and Jim Crow policies passed under state constitutions.

"Democracy went backwards in the late 1800s," said Waldman. "So the lesson to remember is that it doesn't only move forwards. My worries about our moment right now is that we shouldn't pretend to ourselves that history only moves in a positive direction."

Another pendulum swing came with the progressive era led in part by Republicans like Robert La Follette, who were sympathetic to expanding voting rights to women, and particularly interested in getting the money out of elections and politics in general.

Public support for women's suffrage, however, took time, said Waldman. A day before the inauguration of Woodrow Wilson, thousands of women in costumes gathered along Pennsylvania Avenue for the woman suffrage parade of 1913. Waldman said men broke through the lines to attack the protestors, ending more than 100 women to the hospital. Almost overnight, there was mass public support for women's suffrage, said Waldman. He added that the creative nonviolent tactics used then by the women would be successfully and horrifically replicated generations later  in Selma, Alabama.