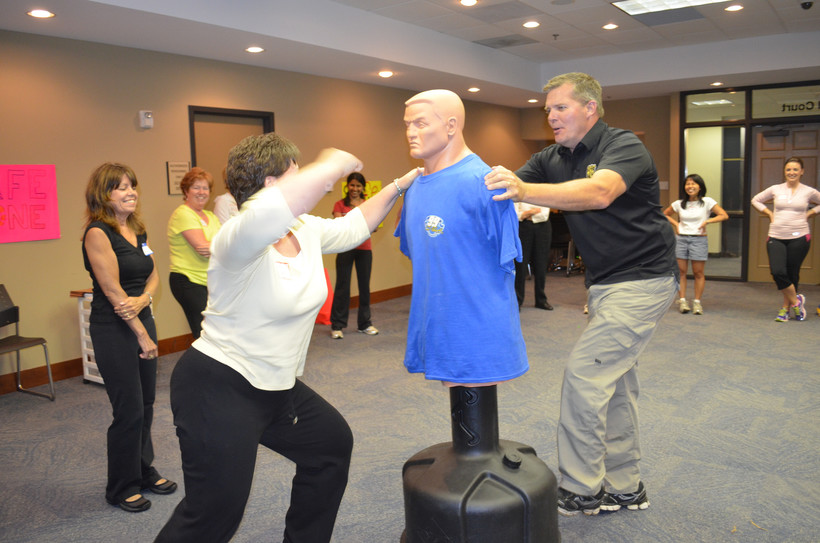 Before Fight Club, There Were Feminists

"Militant suffragists were perceived as really stretching the boundaries of what was acceptable feminine behavior," said Wendy Rouse, author of "Her Own Hero: The Origins of the Women’s Self-Defense Movement" and a self-defense instructor herself.

The idea of self-defense training as a way for women to protect themselves has its origins in the Progressive Era in the United States and England, Rouse said.

At the time, boxing and jiujitsu were increasingly popular among middle and upper-class men and women as a way to stay physically fit. Jiujitsu in particular grew in popularity as Americans became interested in Japanese culture; even President Teddy Roosevelt trained in the sport, she said.

After time, people realized that these sports could be more than recreational — they could be a useful skill for women to defend themselves against so-called "mashers," men who made unwanted physical and verbal advances towards women in public places.

Rouse explains that giving women the ability to be their own protectors by training them in self-defense was controversial in an era when men were considered the natural-born protectors of women. Claims of street harassment were often met with denial, victim-blaming and suggestions that women should stay at home unless accompanied by a male relative or guardian was commonplace, she continued.

"People would say that these women who were filing these complaints weren't telling the truth, that they were actually just flirting with the men and then trying to get back at them afterwards if they’d been denied. They were told that their flashy clothing was causing the problem, or that they were inappropriately looking at these men and baiting them. Women were basically told, if you’re going to be out in public, you need to avoid eye contact; you need to not talk to anybody," she said.

Eventually, the idea that women might need to defend themselves against men became more acceptable. Cities began to put laws in place against street harassment. As awareness grew, a more radical group of feminists changed the conversation saying that the greatest danger to women wasn't strange men on the street, but men women knew, often in their own homes.

"This was a really controversial thing to say, so it was a somewhat muted discussion, but it was there," Rouse said.

Rouse did an analysis of homicides in Chicago from 1900-1905 and found that 85 percent of women murdered during that time were killed by their husbands or other male relatives. In the majority of these cases, they were killed at home, she said.

It's a statistic that rings true today. According to a 2011 FBI report, over half of homicide victims know their killer. And about 85 to 90 percent of college sexual assault survivors know their perpetrators, according to the National Institute of Justice, the research bureau of the Department of Justice.

As a self defense instructor herself, Rouse has found echoes "back to the points that the feminists were making at the turn of the century — this idea of women’s right to exist in public space, and unfortunately the need to physically claim that space," she said.