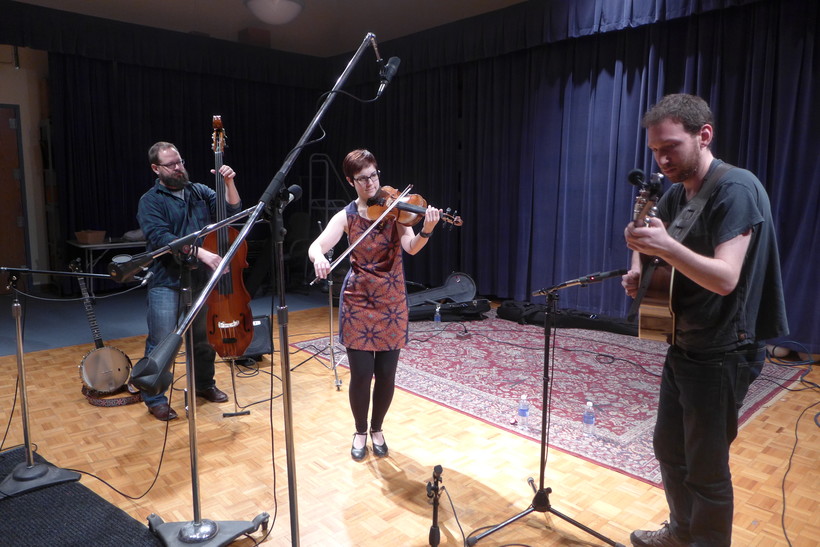 April Verch is a musical triple threat. She fiddles, dances, and sings — sometimes, all three at once.

Verch grew up surrounded by traditional music. Her native Ottawa Valley in Canada was a melting pot of Scottish, Irish, French and Polish immigrants creating a unique music and dance style. Her music-loving parents took her to dances and jamborees, and she followed her older sister into step dancing and then fiddling at a young age.

"I wanted to play the instrument, but I think I also just wanted to be a part of that scene," said Verch.

She quickly made a name for herself on the fiddle, winning the Canadian Open Old Time Fiddle Championship and the Canadian Grand Masters Fiddling Competition by the time she finished high school.

Verch didn't stop dancing. In fact, she learned to fiddle and dance at the same time after seeing another woman dance and fiddle when she was 8 or 9 years old. Enthusiastic and fearless, she dove right in.

"I was young enough to believe that anything you could do, I could do. So there was no question in my mind that I could do it," said Verch, with a laugh.

Singing was a different story, though. Verch hadn't sung in a performance before when her record label suggested that she try it.

"It was terrifying!" said Verch. "And exciting, but I really didn't know what was going to happen or if it was going to work out."

It did. Verch tours with her trio almost nonstop, from North America to Europe and back again several times a year. She loves to perform.

"I think the energy and the feedback we get from a live audiences is most inspiring to me," she said. "It's still incredible to me how doing something I love can make someone else happy. It's so win-win! It almost feels impossible."