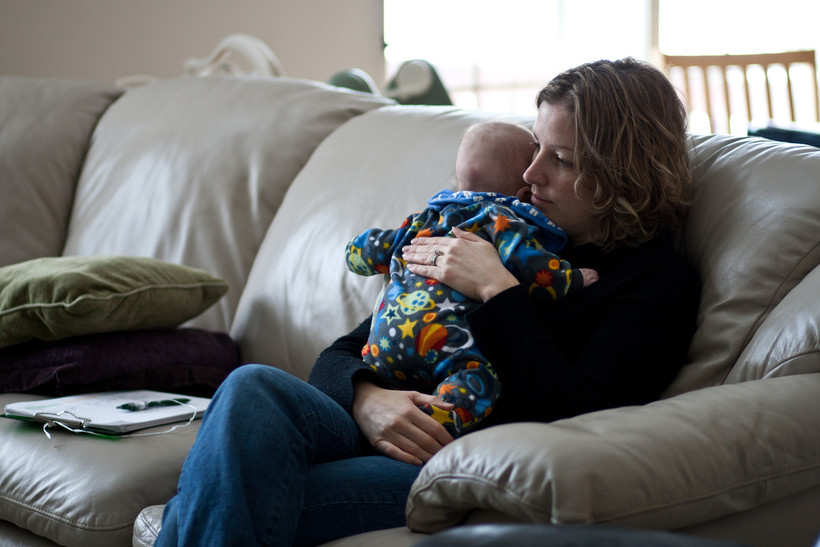 A Feminist Case For A Universal Basic Income

Judith Shulevitz believes it's time for the feminist movement to get behind an idea that's taking root in Northern European countries: the universal basic income.

Also known as UBI, the idea is that the national government should pay a stipend to all residents of the country, no strings attached. In Finland, authorities recently proposed a UBI that would involve paying $869 every month to every citizen, tax-free. The income would replace all other benefit payments and would be paid to all adults, regardless of any other income they might be earning.

Shulevitz, who writes about feminism, culture and science for The New York Times, recently argued that a UBI is a way to reimburse caregivers who are mostly women for their unrecognized and largely unpaid work. She said there is a perception that stay-at-home moms are free-riders who live off their husbands, or businesses that offer paid maternity leave. That perception, she said, can make women feel secondary.

"I argue it should be looked at it the other way — that society free-rides on women’s unpaid labor," said Shulevitz. "It essentially extracts this labor and turns it into value, called the next generation of workers."

She said second-wave feminism was focused on getting women out of the home and into the workforce, something she believes was an incredibly noble and laudable goal. However, it didn’t take into consideration the problem of child care.

According to her, the U.S. has some of the most backward policies on maternity leave in the world, and certainly the worst among developed countries. Many liberal northern European countries provide up to a year of paid maternity leave, as well as paternity leave.

"We just overlook a lot of working women and their need to stay home with their infants, which every study shows is good for the infant and is good for their development for the rest of their lives," said Shulevitz.

At the end of the day, she said, women and men should be able to make the choice to simply stay home and take care of their children and get not only respect, but also remuneration for doing so.