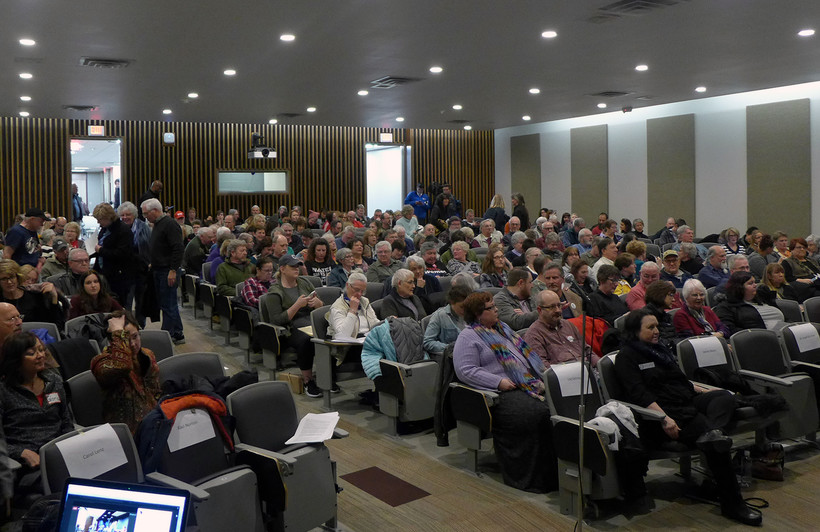 With Congress in recess and lawmakers heading back to their home states, such events are hardly unusual. But in this case there was a catch: nobody from Johnson's office was involved in organizing the meeting and the senator wasn't there.

Organizers said they feel Johnson, a second-term Republican, isn't being responsive to their concerns about the Affordable Care Act, immigration, and other issues, so they decided to host a public forum and invite him.

Members of Johnson's staff said he was unable to attend, but the event went on anyway. One of its organizers, Sumner Truax, told a crowd of more than 300 that he is frustrated by trying to get through to the senator's office.

"Perhaps you're like me and you've called repeatedly but have run into full voicemail boxes," Truax said. "Perhaps you've not received a message or response to your letter. I assure you, you're not alone."

Truax said the Green Bay event was organized largely through social media and that no political group was behind it. A similar event was held Wednesday in the Madison area.

Johnson did host a telephone town hall last week and visited the Islamic Society of Northern Wisconsin in Altoona, near Eau Claire on Saturday.

Some Republican members of Congress have faced rowdy crowds in their home states in recent days. President Donald Trump has alleged some attendees at those events were paid organizers.

Lisa Gherke, who came to the Green Bay event, took exception to the president's claim. "We are not paid organizers. We are ordinary people, citizens who care about this country, and we do not agree with the direction you are taking it in. We are not going to be quiet," Gherke said.