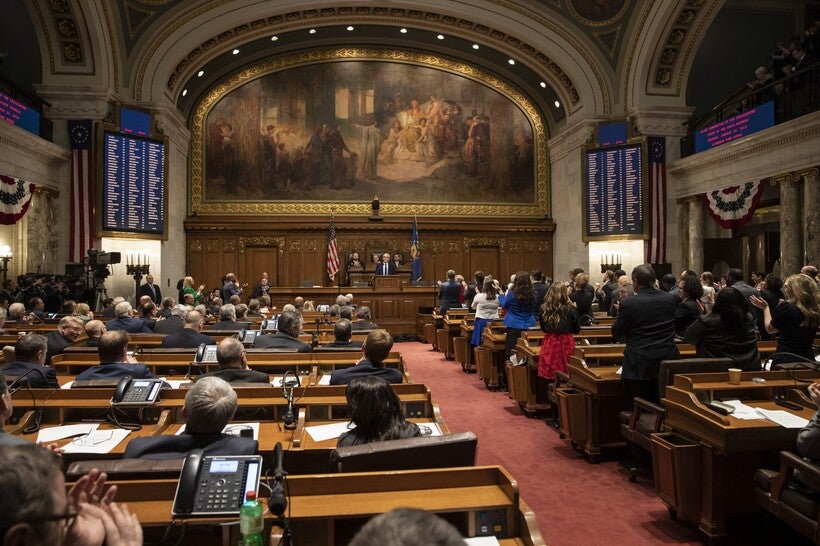 Gov. Tony Evers addresses a joint session of the Legislature in the Assembly chambers during the Governor's State of the State speech at the state Capitol Tuesday, Jan. 22, 2019, in Madison, Wis. Andy Manis/AP Photo

Judge Ruled Democrats Had To Make Case In State Court
By The Associated Press
Share:

Wisconsin Democrats trying to undo laws that Republicans passed just before Gov. Scott Walker left office suffered another setback in court when a judge threw out their federal lawsuit.

U.S. District Judge James Peterson ruled Monday that Democrats had to make their case in state court. The Milwaukee Journal Sentinel reports two other suits seeking to scrap the Republicans' laws are pending in the Wisconsin Supreme Court, where conservatives have a 5-2 majority.

The laws Republicans passed during a lame-duck session limited the powers of incoming Democratic Gov. Tony Evers and Attorney General Josh Kaul. Most of the laws are in effect while the legal challenges proceed.

Peterson ruled that state courts are the place to resolve disputes over laws and said the Democratic Party didn't prove it was harmed by the lame-duck laws.