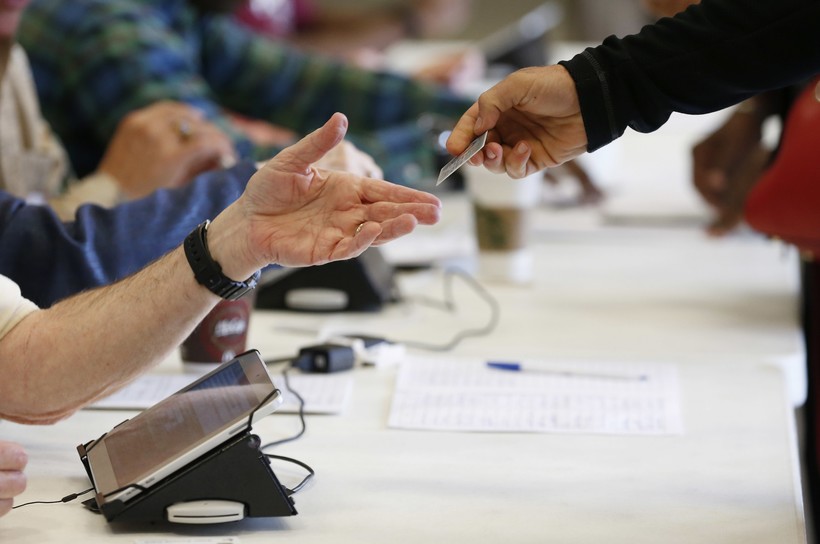 Lawsuit By The Liberal One Wisconsin Institute Seeks To Overturn A Variety Of GOP Election Law Changes
By Shawn Johnson
Share:

Attorneys in a lawsuit that seeks to overturn a variety of Wisconsin voting laws are back in court Thursday for final arguments before a federal judge.

The lawsuit by the liberal One Wisconsin Institute targets Wisconsin's voter ID law, restrictions on in-person absentee voting and the elimination of straight-ticket voting, among other changes. In their final post-trial brief, One Wisconsin Institute's lawyers said that Republicans intended to burden minority, young and Democratic voters.

"These changes were not nips and tucks, but major changes that altered almost every aspect of registration and voting," they wrote.

Attorneys for the Wisconsin Department of Justice say plaintiffs have no case because they lack evidence that they were harmed. In their final pre-trial brief, DOJ lawyers wrote that the entire lawsuit was built on anecdotes.

"An anecdote is not evidence of a systemic burden on voters,” wrote the DOJ.

The trial for this case lasted nine days. Judge James Peterson told lawyers he plans to use final arguments to ask them questions. Peterson has already said his final decision in the case will leave both sides unhappy.

Wisconsin’s voter ID law was previously upheld in both state and federal court.