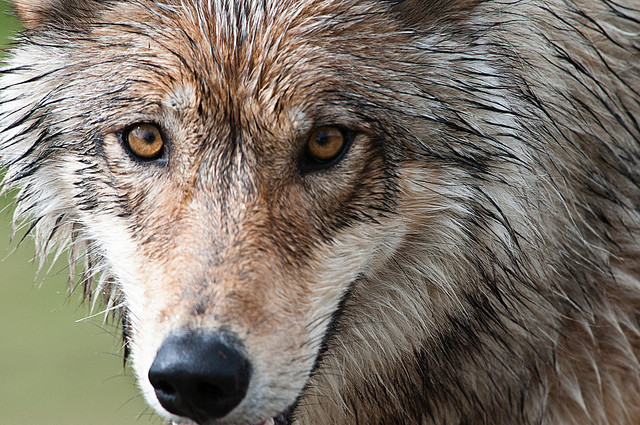 The U.S. Fish and Wildlife Service is reviewing the status of the gray wolf under the Endangered Species Act and could introduce a proposal that could lead to a loss of federal protections for the species.

In an emailed statement, USFWS spokeswoman Georgia Parham said the agency is working closely with federal, tribal and local partners to assess scientific data related to the wolf's historic range, population and recovery.

"If appropriate, the Service will publish a proposal to revise the wolf’s status in the Federal Register by the end of the calendar year," said Parham. "Any proposal will follow a robust, transparent and open public process that will provide opportunity for public comment."

Gray wolves were delisted in the western Great Lakes region, which includes Wisconsin, Minnesota and Michigan by the Fish and Wildlife Service in 2011. The next year, Republicans in the Wisconsin Legislature established a controversial wolf hunting season. That lasted until 2014 when a federal judge ruled that the USFWS didn't follow proper procedures by not accounting for things like how a loss of habitat may impact wolf recovery. The 2014 federal ruling also ended the state’s wolf hunt.

The emailed USFWS statement went on to say that population goals for the gray wolf have been exceeded and that the USFWS proposed delisting the species nationwide in 2013 but again, a federal judge intervened.

"Unfortunately, the delisting of wolves in the western Great Lakes region was successfully overturned by the courts, which prevented the Service from moving forward with the full delisting proposal at that time," said Parham.