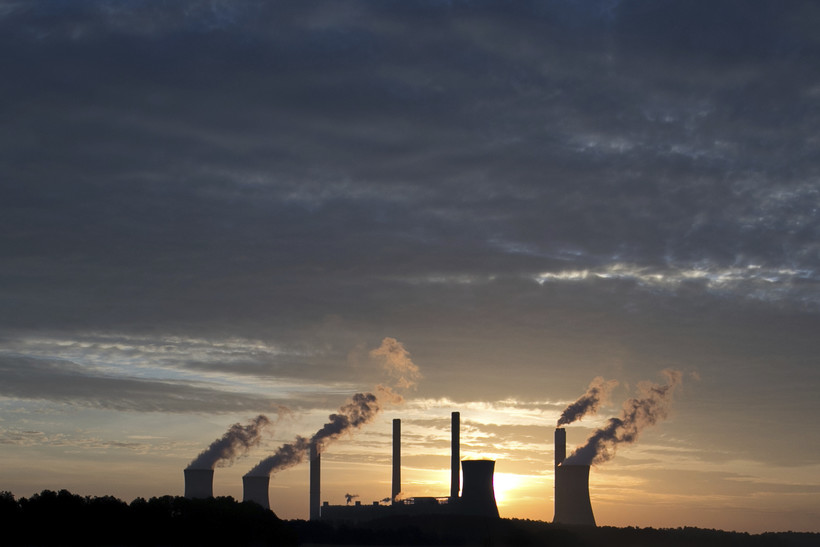 In this June 3, 2017, file photo, the coal-fired Plant Scherer, one of the nation's top carbon dioxide emitters, stands in the distance in Juliette, Ga. Branden Camp/AP Photo

New federal data shows Wisconsin used about 7 percent more coal in 2017 than 2016 and that the fossil fuel provided more than half of the state’s energy that year. But change is already underway.

Since the most recent data period, three coal-powered plants in Pleasant Prairie, Sheboygan and Green Bay have shut down.

Greg Nemet, a professor of public affairs and environmental studies at the University of Wisconsin-Madison La Follette School of Public Affairs, estimates the first two plants burned about 10 to 15 percent of the state’s coal.

"Ten years ago, or even five years ago, it would have been — I would say — shocking to people that we would close down coal plants that still have many years of lifetime left in them and close them down prematurely because they're no longer economically competitive," said Nemet. "The economics no longer favor coal. The environment doesn't do very well with coal, and if we care about clean air and clean water, we have other alternatives."

Utility companies in Wisconsin have turned toward natural gas. Although a fossil fuel, natural gas burns cleaner than coal, which Nemet said makes it a potentially valuable energy source while the state transitions more fully to renewable sources, such as wind and solar.

Wisconsin's coal consumption has decreased by 28 percent since its peak in 2005, and overall emissions have dropped by a fifth, according to the federal data. Nemet said although any increase in coal consumption, such as from 2016 to 2017, is undesirable, the past decade seems more promising.

"In the long term, if we're talking about shifting to a more sustainable energy system with more renewables — but especially with less air pollution and less CO2 emissions — the trend since 2005 is in the right direction," said Nemet.

In an email, Alex Ignatowski, a public information officer for the Wisconsin Public Service Commission, wrote that the 2017 increase met the "baseload generation needs of a growing economy," and that overall, "the trend in Wisconsin is toward renewables, gas generation and energy efficiency. In the last four years, multiple coal plants have closed while new wind and solar projects are being proposed on a more frequent basis."

Still, Wisconsin lags behind its neighbors in terms of emissions, and Nemet and others say annual decreases must accelerate in order to fully address climate change.