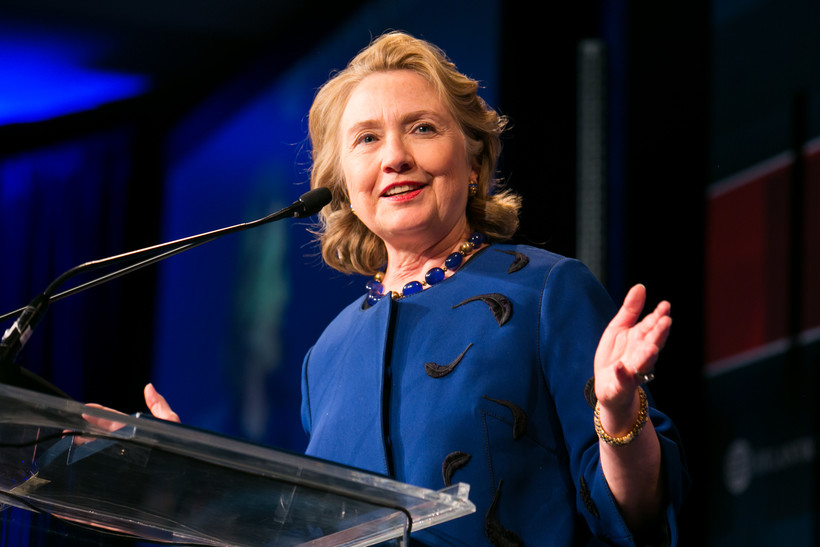 The FBI Recommended Tuesday That No Charges Be Filed Against Clinton
By Scottie Lee Meyers
Share:

Hillary Clinton's presidential campaign escaped a potentially debilitating setback on Tuesday when the FBI recommend no charges be filed against her for her handling of emails while serving as secretary of state.

Clinton's candidacy would have been seriously jeopardized had the FBI's decision gone the other way, however, the decision still leaves room for Republican attacks, said Julian Zelizer, a political science professor at Princeton University.

"The good news (for Clinton) is that it obviously removes any kind of indictment and legal proceeding which is probably the most significant part of it," Zelizer said. "The last thing she wanted was that to come out now, which would have instantly led to demands for a different Democratic candidate. That's off the table."

FBI Director James Comey told reporters that while he's not recommending charges against Clinton, she was "extremely careless" with her handling of classified information on a private email server.

"Although there is evidence of potential violations of the statutes regarding the handling of classified information, our judgment is that no reasonable prosecutor would bring such a case," Comey said.

There's enough critical language in the report about Clinton's judgment to fuel political attack ads against her from Trump and other Republicans, Zelizer said. Trump has already taken to Twitter to criticize the FBI's recommendation, arguing that the review process was "rigged" and that "General (David) Petraeus got in trouble for far less," when admitting he initially hid an extramarital affair from FBI investigators.

Republican Sen. Ron Johnson echoed Trump's remarks Tuesday during an event at the Rotary Club of Milwaukee. Johnson "raised the possibility that the committee he chairs could look into the FBI's decision," the Milwaukee Journal Sentinel reported.

The political drama took a twist earlier this week when former President Bill Clinton briefly met with U.S. Attorney General Loretta Lynch while the two were waiting separately on an airport tarmac.

That move by the former president was a big mistake, Zelizer said. "By having that short meeting just a week before this report comes out, (Bill Clinton) basically set up the argument that Donald Trump will make that this was a corrupt process and it can't really be trusted," Zelizer said.

"The Clintons need to be more careful about something they always seem to forget, perception matters in American politics," he said.