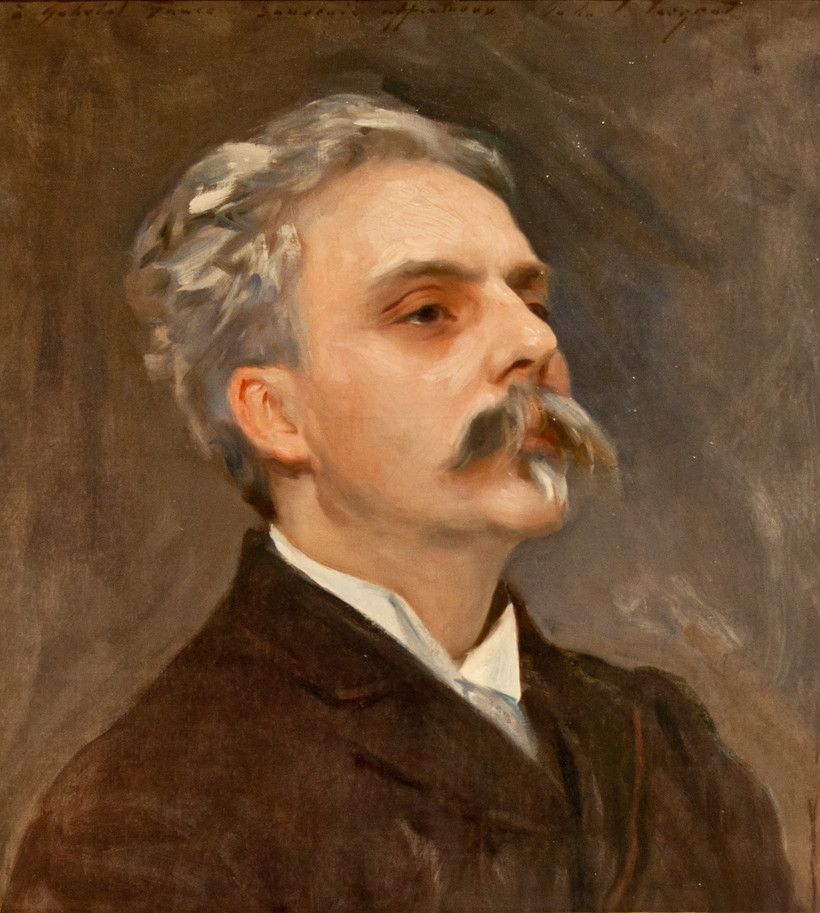 Gabriel Faure was nine years old when he arrived at Ecole Niedermeyer—a new school in Paris with an unusual approach to teaching music.

The founder of the school—a Swiss named Louis Niedermeyer—had dedicated his life to the rediscovery of sixteenth and seventeenth-century music.  He opened his school in 1853 and hand picked his students, who were taught history, geography, literature and Latin by clergy members.  Musical education consisted of Gregorian chant, the sacred music of Palestrina, and the organ works of Bach.

Young Faure found the curriculum “excessively rigorous.”  He recalled,  “we were not allowed to play Schumann or Chopin.  Niedermeyer didn’t consider it appropriate music for young people.”

Faure won many prizes during his eleven years at the school.  A solfegio prize, a harmony prize, a prize for piano distinction and another for composition.  He learned organ, counterpoint, and fugue.

Harmony was taught with more imagination at Niedermeyer’s school than it was at the much-touted Paris Conservatory.  And music-making there was often enriched with some of the more exotic modes, rather than a strict adherence to major and minor.

Difficult as the discipline was, Faure flourished there.  He learned to work under adverse circumstances.  The school was short of space, so several pianists had to practice at the same time in the same room.

He also learned how to work with unwieldy instrumental combinations.  Faure and three friends assembled an orchestra with the instruments and performers available, namely four pianos, two violins, several pairs of tongs, some shovels, coal buckets and a stove lid.

In 1861 the character of the school changed markedly when Louis Niedermeyer died.  But Faure received an important consolation in the appointment of a new piano teacher who became a lifelong friend—and one of France’s great composers.  His name, Camille Saint-Saëns.