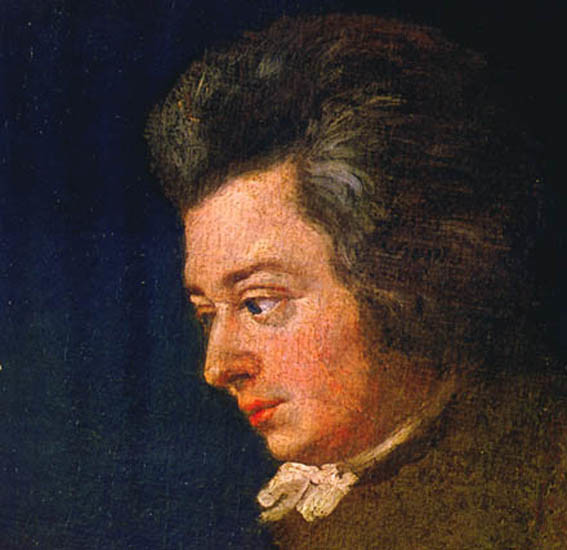 In February 1778, Mozart was long past his days as a child prodigy and trying to make a name for himself as a mature composer and performer.  His long-suffering manager was his father Leopold, and letters between the two show that they often failed to see eye-to-eye.

Leopold was eager for his son to build his reputation by going to Paris, but after a few letters crossed in the mail, the elder Mozart was dismayed to discover that Wolfgang was not in Paris but in Mannheim, where he was keeping company with his attractive young cousin, Aloysia Weber.  When Wolfgang wrote from Mannheim of his desire to go to Italy, the agitated Leopold was tested to the breaking point.  He wrote a stern letter trying to get his son back on track:

The object of your journey was to help your parents and to contribute to your dear sister’s welfare, but above all, to acquire honor and fame in the world, which to some extent you did in your boyhood.

Now it falls entirely on you [to raise yourself by degrees to one of the highest positions ever achieved by any musician.  It’s a duty you owe to a kind Providence for the extraordinary talents He has given you,] and it depends entirely on your own good sense and good conduct whether you become a commonplace artist the world will forget or a celebrated master which future generations will read about in books.

On the one hand, infatuated with some pretty face, you may one day breathe your last on a straw sack with your wife and children starving.  On the other hand, after a well-spent Christian life, you may die peacefully in honor and independence with your family well provided for.  Go off to Paris without delay!  Nothing ventured, nothing gained.  The very idea of Paris should have guarded you from all distractions.