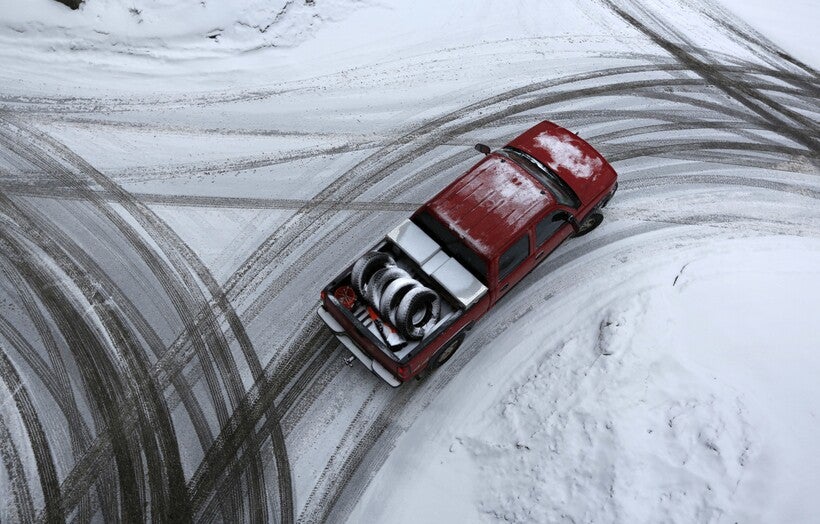 In this Thursday, Dec. 29, 2016, file photo, the driver of a pickup appears to have swapped out his general use tires, in the truck's bed, in favor of snow tires just in time to deal with the snow-covered streets of Auburn, Maine. Robert F. Bukaty/AP Photo

Fast-Moving Snowstorm To Hit Central Wisconsin Over The Weekend

Most Of Central Wisconsin Expected To Get 6 To 8 Inches
By Alana Watson
Share:

Most parts of the state will see a decent amount of snow this weekend with a fast-moving snow storm expected to hit central Wisconsin.

Snow fall is anticipated to start late Saturday night with small flurries, but Cameron Miller, meteorologist with the National Weather Service in Sullivan, said Sunday morning around 4 a.m. to 7 a.m. is when people will see high accumulation.

"The snow fall is going to get pretty heavy at times," Miller said. "The snow fall rates are going to be fairly high. The snow fall will continue throughout the day on Sunday and begin to taper off in the afternoon."

Miller said they are forecasting 6 to 8 inches of snow across the central and west central parts of the state, like La Crosse, Rochester and Fond du Lac.

Areas further north and south in the state will probably see smaller snow totals. Milwaukee, Racine and Janesville are expected to get 2 to 4 inches.

The National Weather Service has already put a winter storm watch in place for parts of the state. Miller said the main worry is heavy snow fall on Sunday.

Wisconsin has had a pretty mild winter and this upcoming system is a low-end snow storm according to Miller.

"But it is winter, we aren’t out of the woods yet. We can still get big snow storms in February," he said.

Winter storm watches are expected to be issued later Friday and early Saturday as meteorologist keep a close eye on the system.