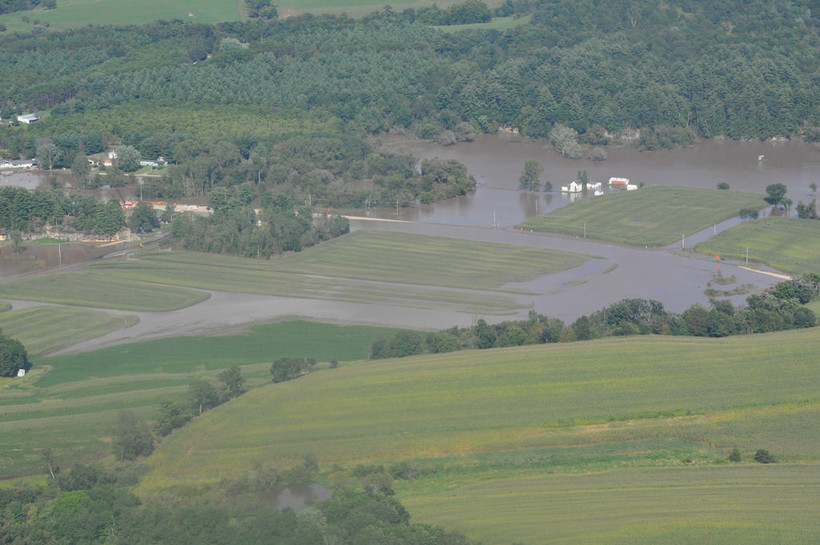 Final Damage Estimates Will Be Unknown For Some Time As Many Fields Remain Under Water
By John Davis
Share:

Late summer storms in Wisconsin have ravaged the state's highways and stormwater systems, but they've also had a negative impact on farms across the state.

While no estimate of agricultural damage has been released yet, the agency responsible for tallying the damage says farmers in 13 counties have filed reports so far.

Farmers are being encouraged to report damages to the U.S. Department of Agriculture Farm Service Agency. Loss can be defined as anything from farm buildings, equipment, livestock, crops, fences, orchards and vines.

But Sandy Chalmers, the state's executive director of the USDA Farm Service Agency, said it may be awhile before damage estimates are known as many farm fields are still under water.

It's been a difficult weather year for Wisconsin farmers. Heavy snowfall over much of the state in April delayed spring planting by several weeks and late summer flood damage comes as farmers were preparing for the fall harvest.

"We’re trying to figure out as neighbors who’s going to fix what fence and if we’re even going to fix them at this point and time," he said. "With that dam out, anytime we get any kind of rain at all, we can probably lose the fences."

Von Ruden said corn silage harvest was supposed to begin in mid-September, but if the fields stay wet, it won’t be possible to get the equipment in to harvest. He said there’s a threat that the nutritional value of the silage could be lost.

Von Ruden added that some farmers in southwestern Wisconsin have been dealing with flooding for three years in a row.

The excess moisture has also delayed harvest for some vineyards in Wisconsin.

John Pedretti, owner of Vernon Vineyards, said this year's grape crop has been ahead of schedule thanks to many hot days this summer.

Pedretti said his vineyard has seen 18 inches of rain in the last few weeks and all of that excess moisture is starting to throw off the pH level of his grapes.

"Basically the grapes’ natural ability to protect itself is going downhill," Pedretti said.

He said high acid levels will also make it hard for the winery to make a consistent product.

"There’s been a fair amount of property damage depending on where the farm and the buildings were located and how the water ran down through the valleys," Halfman said. "Some folks are still trying to find all of their livestock that were out on pasture. It’s not come at a good time this fall."

The damage comes at a time when commodity prices are also depressed. Halfman said the implications for farmers will depend on how good their insurance is and whether or not it will cover the damages their farm sustains.

On Wednesday, Dane County estimated it has seen about $155 million in damage.

Rain finally came to a stop Thursday, brining a much needed reprieve to allow water levels to go down, and residents and officials to take stock of damage.

Editors note: This story was last updated at 4:06 p.m. Thursday, Sept. 6, 2018 with comments from John Pedretti, owner of Vernon Vineyards.