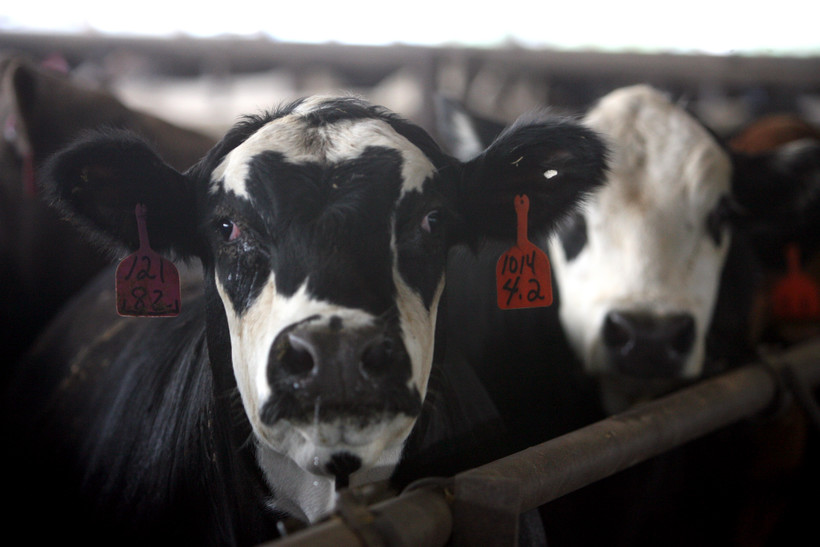 Farmer: Proposed Manure Digester Was Not Recommended By DNR Workgroup

Biodigester Proposed In Kewaunee County Where Well Contamination Is A Concern
By Patty Murray
Share:

Questions and shock remain after a surprise announcement from Gov. Scott Walker last week that the state is ready to help build a manure biodigester in Kewaunee County.

Walker said Thursday the state will take proposals to build a centralized plant that would convert manure into energy. The proposal is part of a program to bring technology to rural areas in Wisconsin.

No one knows yet where the manure digester would be located or how much it may cost. Walker said last week the price range was $10 million to $20 million when the state Public Service Commission looked at the concept in October.

Kewaunee County is home to many large dairy farms that spread manure on area fields and is grappling with groundwater pollution some environmentalists claim is caused by large-scale farms. The county is home to 16 concentrated animal feeding operations, or CAFOs.

Mark Borchardt, a microbiologist with the United States Department of Agriculture, has studied the county's well contamination. Of the roughly 300 private wells he's tested, a third of them came back as unsafe.

Locals in Kewaunee County, such as Lynn Utesch, said they were blindsided by the announcement Thursday.

Utesch is a small farmer and activist with the group Kewaunee Cares. He was on a Wisconsin Department of Natural Resources workgroup aimed at addressing well water contamination.

The idea of a central digester was not recommended, he said.

"This is not a 'win-win' for Kewaunee County," Utesch said. "This is a win for the industry that wants to make it look like this is a solution when in reality all it is is a way to consolidate and expand the industry."

While digesters may reduced the bulk of manure, Utesch is concerned they don't remove nitrates and that they produce odorous air toxins such as sulfide and ammonia.

Depending on its design, Borchardt said a manure digester could be a "nice addition" to Kewaunee County. However he cautions, "they're not a panacea, and one of the misconceptions I read in the news media a lot is that they do nutrient removal; and that's just not true."

Borchardt said the liquid portion of manure is removed in digestion, but nitrates and phosphorous remain.

The state is taking project proposals until Dec. 1. Last week, Walker said a decision will be made in January.