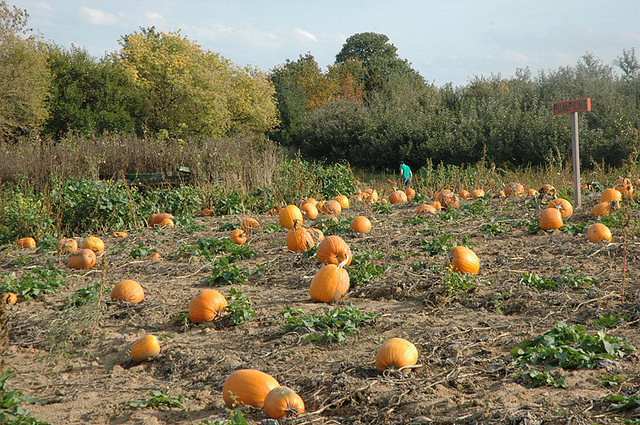 Farm Tourism Could Take Hit Because of Drought

It has been a difficult summer for hundreds of Wisconsin farmers who will open their properties to tourists next month. This year's drought has brought some unique challenges to those in the agri-tourism business.

Schuster's Playtime Farm Owner Don Schuster says he will probably have fewer pumpkins, squash and other produce due to the drought. The owner of the Deerfield business says he will still have a corn maze, but the corn will not be as high. He says the summers dry weather meant fewer mosquitos, so Schuster and his family spent extra time working on the farm's Haunted Forest. "We have the best haunted forest in the area, or haunted house in the area. It's going to take a lot of catch us after a whole summer to work on it and really put it together."

Down in Grant County, in south Wisconsin, Kyle Vesperman of Vesperman Farms will allow tourists to pick and buy their own produce. He also has a corn maze, and a pumpkin slingshot. He says crop wise, this will probably be his best year yet, but at great expense. "Far as my pumpkins, I probably spent over a thousand dollars an acre more. In terms of buying the drip tape, the electricity bills that we had to go through, that's a considerable expense over our normal operating expense for the pumpkins and the squash."

Tourism officials say they are worried about the drought headlines keeping customers away, but they say most of those agri-tourism spots will be open and offering the products and experiences people expect.