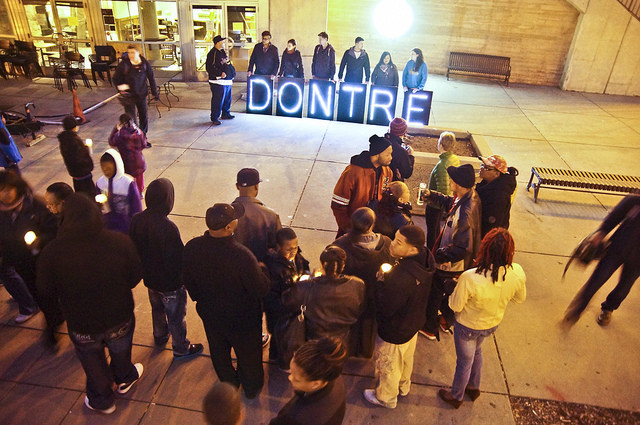 Lawyers for the family of Dontre Hamilton, who was shot and killed by a police officer in April, say they're considering suing the city.

An officer who has not been identified shot Hamilton 14 times in Red Arrow Park after police say he grabbed the officer's baton and began beating him with it. But according to attorney Jonathon Safran, Hamilton's family has several concerns about how Hamilton died. He said pictures of the officer's injuries indicate only a small abrasion on his finger.

“There were no visible injuries, no bruising, no red marks — nothing that we could discern from the photograph of anything to the officer's head, face, neck, shoulders or upper parts of his body,” said Safran.

Safran said there also concerns about whether the officer had had crisis intervention training for how to deal with people suffering from mental illness. Hamilton was diagnosed with schizophrenia and had been on medication before his death. Safran said he may have been paranoid when the officer approached him in the park.

“That may have led to the altercation and eventually the shooting,” said Safran. “We do have some grave concerns that if this department had done additional training and if this officer specifically either been given the training, or had called for someone that had that training, that we would be talking about something totally different here.”

The Milwaukee district attorney’s office is reviewing a final report on the death of Hamilton that was submitted by state investigators last Friday. The DA's office has not said how soon it will decide whether or not criminal charges will be filed against the officer.

There have been half-a-dozen fatal shootings by police officers in the state this year. Four of them involved people suffering from mental illness.