As we stand with the citizens of Wisconsin against racism, listening and learning will inform our action knowing that diverse voices enrich our lives and our spirits and challenge our perspectives. Read more
WPR
The Road To Higher Ground with Jonathan Øverby
Higher Ground
The Odyssey Series Live 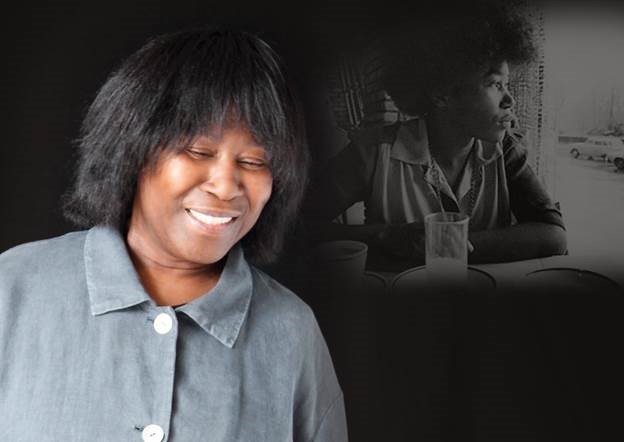 The Wisconsin Union Theater, in collaboration with T Presents & Majestic Live Present, is delighted to welcome A Very Special SOLO Evening with Joan Armatrading. The tour stops at the Wisconsin Union Theater’s Shannon Hall on Tuesday, October 6, 2015, 8 pm. Tickets will be available starting Friday, May 8, 2015, 11 am. Purchase tickets online or call the Box Office at 608-265-ARTS (2787). Tickets can be purchased at the box office in the Wisconsin Union Theater or at Vilas Hall (entrance on East Campus Mall, 821 University Avenue). Ticket prices are: $35, $45, $55, $100. A limited number of discounted tickets will be available for UW Madison students.  Orders that include student tickets will be held at will call and may be picked up at our box office starting September 2, 2015, with one valid UW Madison Student ID per student ticket.

"I will never retire but this will be the last major tour that I will undertake.  For the first time these concerts will be me solo on stage playing the guitar and piano and singing. I want these concerts to be a special lively interactive one to one experience. I have absolutely enjoyed the last 42 years of performances but now, with my final major tour, I want to capture a unique memory for both myself and the audience," Joan says.

In musical terms, Joan Armatrading has achieved far more than most performers even dream of - she has played, and still does, with some of the finest musicians around. She has received countless gold, platinum and silver discs, has been nominated for three Grammy Awards and the Brit Award, has been the recipient of a highly coveted Ivor Novello Award, and figured large in VH1's Top 100 voted poll The Most Influential Woman in Rock. To top all these accolades, Joan has been honored by the Queen of England and is one of the few female artists ever to receive an MBE.

Leaving school in Birmingham England when she was 16, Joan undertook various jobs, all while writing songs, until signing to Cube Records in 1971. Her debut album, “Whatever's For Us,” produced by the late Gus Dudgeon and written with her friend Pam Nestor, was released the following year on Cube in the UK and A&M in the States. In 1974 Joan signed to A&M worldwide and the career that followed has witnessed a plethora of classic and memorable songs – "Love and Affection," "Down To Zero," "Drop the Pilot," and "Me Myself I." Joan has worked with members of Little Feat, Fairport Convention, XTC, The Police and Bruce Springsteen's E Street Band. Musicians such as Darryl Jones (Rolling Stones), Mark Brzezicki (Big Country), Tony Levin (King Crimson), Manu Katche (Sting), Benmont Tench (Tom Petty), Mark Knopfler and Greg Philling have all joined her in the studio on one of her 19 albums.

This performance is presented by the Wisconsin Union Theater’s Performing Arts Committee in collaboration with T Presents & Majestic Live Present.