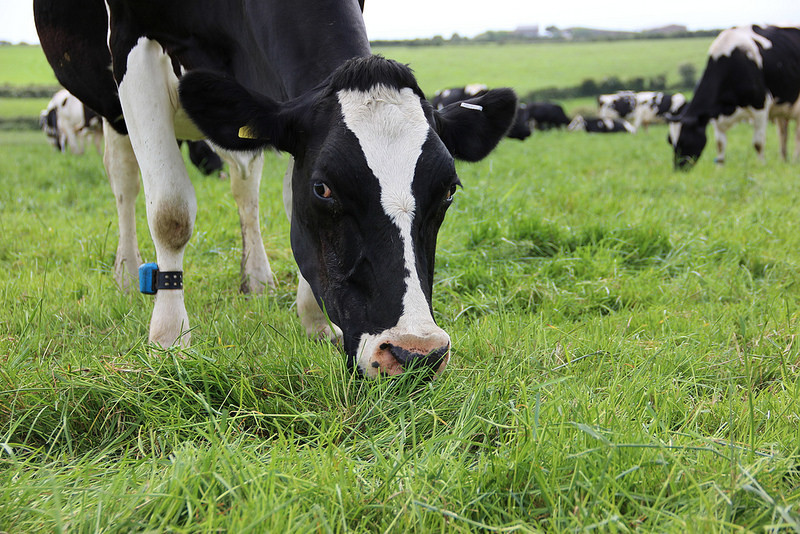 While Milk Prices Are Near A 10 Year Low, Most Of State's Dairy Farmers Are In Good Financial Health, Dairy Researchers Say
By Scottie Lee Meyers
Share:

As milk prices near a 10 year low, Wisconsin's dairy farmers are taking a revenue hit that's forcing some to put off buying or even upgrading equipment for their operations.

The price of milk has dropped 60 cents per gallon nationwide since 2015, said Jim Dayton, a Janesville Gazette reporter covering agriculture and county government in Rock and Walworth counties.

In Wisconsin, farmers have seen about a $3 decrease in the last year for each hundredweight of milk, an industry standard of measurement that comes out to be about 12 gallons, Dayton said. On average, dairy farmers were earning about twice as much in 2014 as they are now.

"That's forcing them to really buckle down and not spend unnecessary money. They just are not getting the same income that they were at this time a year ago," he said.

The fluidity of prices frustrate both consumers and farmers, and dairy industry insiders say there doesn't appear to be a rhyme or reason to the fluctuations, Dayton said.

"It can fluctuate pretty randomly, going from a lot of peaks and valleys," Dayton said. Small changes in supply and demand can have a big impact on prices.

Dairy service companies have noticed the difference. While much of their business in years past involved installing new equipment, some companies are now primarily focused on repairing and maintaining old equipment for farmers, he said. Moreover, agricultural loan officers told Dayton that farmers are seeking loans to pay for cattle feed and labor, costs they typically covered themselves in the past.

The demand for milk and other dairy products from oversea countries has decreased due to sluggish economic conditions and an increase in domestic production, researchers at the University of Wisconsin-Madison Department of Dairy Science said.

American dairy farmers are producing more milk per a cow than ever before, thanks to new technology. That's created an abundance of milk, driving down the cost of a gallon of milk off the shelf further, Dayton said.

While prices are low now, dairy researchers have predicted that foreign demand will once again ramp up, and for the most part, the majority of Wisconsin's dairy farms continue to be in good financial health, he said.

"Everyone I talked to expects to recover from this," Dayton said