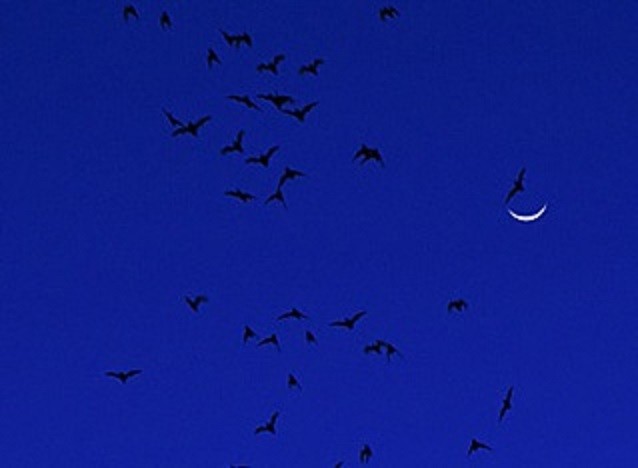 Fall Nights Bring Out The Bats As They Migrate 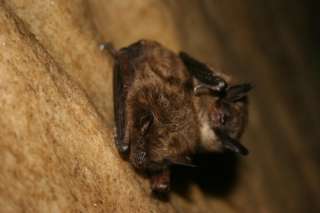 A healthy brown bat via U.S. Fish and Wildlife Service

The little brown bat migration in Wisconsin has started, so don’t be alarmed if you see some hanging around your porch lights during the day, said Jennifer Redell of the Wisconsin Department of Natural Resources.

The species of bat started migration in mid-August from their summer hangouts to head to a cave or mine somewhere within a 180- to 250-mile radius, Redell said. One popular hibernation spot in Wisconsin is Neda Mine, an abandoned iron mine located in Dodge County. It's home to the largest hibernating bat population in the Midwest.

"Traditionally or historically, we've had about 143,000 bats that hibernate there, and most of them are little brown bats," Redell said.

Many of the abandoned mines in northern Wisconsin and the Upper Peninsula of Michigan become the home to this, and other species, of hibernating bats during the winter months, she said. The Millie Hill mine in Iron Mountain, Michigan, has become something of a tourist attraction this time of year.

"There are thousands of bats, again, historically, that have hibernated there. And in the fall, they're coming back right at this time of year, and bats swarm right outside those mine entrances, so it's a spectacular, beautiful thing to watch on a moonlit night," she said.

It is equally spectacular when the bats leave the mines around mid-May, Redell said.

There have been dramatic declines in the bat population in the U.P. and Wisconsin, like due, in large part, to white-nose syndrome, a fungus that weakens hibernating bats. According to Redell, hibernating bats lower their body temperatures, slow their breathing and heartbeat, and turn off their immune systems to save energy. Each time they wake up they expend energy. Bats with white-nose syndrome end up waking every other day and very quickly burn through their stored fat, causing them to starve to death.

Unfortunately, there is little known that can be done to stop the syndrome at this time.

"All indications are that what we’ve seen out east as the disease has spread its way westward, point to us seeing the same affects — a dramatic decline and bats disappearing," she said.