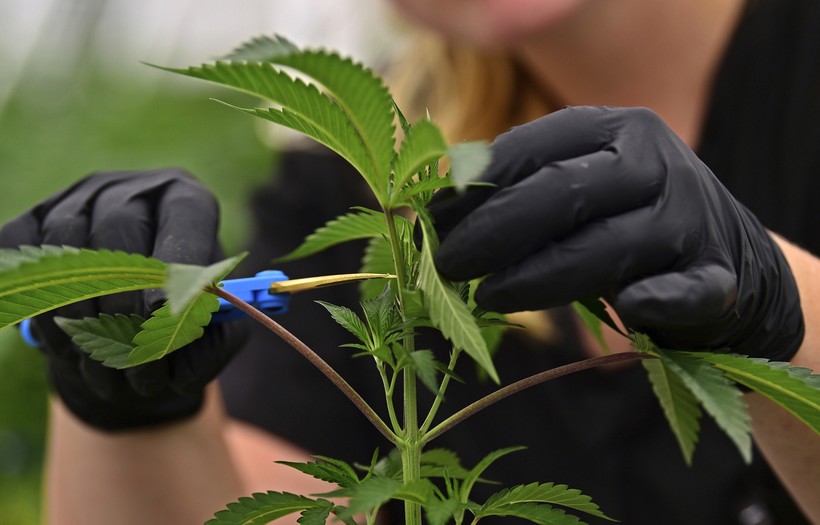 Fall Election To See Referendums On Legal Pot In Wisconsin, Symbolically, At Least

16 Counties Will Ask For Public Opinion, More Than 50 Legislative Candidates Support Some Form Of Legalization
By John Davis
Share:

Marijuana legalization supporters in Wisconsin say momentum is on their side, but local government leaders who are trying to gauge public opinion on the issue are saying legalization will likely be slow.

The Southeastern Wisconsin chapter of the National Organization for the Reform of Marijuana Laws, or NORML, released results this week of a legislative candidate questionnaire which shows more than 50 candidates for the Legislature support either medical or recreational marijuana legalization or both.

On the Nov. 6 ballot, 16 Wisconsin counties and two cities are asking a variety of questions about the legalization of marijuana in advisory referendums.

"I would not anticipate that the Legislature is going to take action on this issue in the foreseeable future, but the citizens expressing their opinion? That’s what (these) referendum(s) will be," said Wisconsin Counties Association Executive Director Mark O’Connell. "The issue of marijuana is not just a Wisconsin issue. The trend nationwide is clearly toward legalization. I think we may be a little more behind than out front."

O’Connell said unlike a state like California with initiative referendums that can change a law based on a ballot initiative, counties and municipalities in Wisconsin can only put advisory referendums on the ballot. In the case of legalizing marijuana, the Wisconsin Legislature would have to approve a bill that the governor would sign into law.

There is no consistent theme in the 16 county referendums that ask people to weigh in on either the legality of medical or recreational marijuana or both.

La Crosse County’s question deals with if marijuana should be made legal for those 21 and older and taxed and regulated like alcohol is now in Wisconsin.

"It really is coming onto our ballot because there is a sense that it’s an issue who’s time has come,” said Tara Johnson, chair of the La Crosse County board of supervisors. "We have done advisory referendum questions on a number of issues at the county level in La Crosse over the past number of years."

But an opponent of recreational marijuana in the state of Wisconsin believes there’s more to the advisory referendums than a want to legalize marijuana.

"I don’t see that La Crosse County has any power to do anything about this. I think it’s largely calculated as a political maneuver to drive Democrat turn-out at the polls," said Bill Feehan, chair of the La Crosse County Republican Party. "The idea that we’re going to generate so much tax revenue that it’s going to be a boon for our government is certainly questionable."

Feehan said local law enforcement is concerned about the impact legalizing recreational marijuana may have on emergency services based on their experience with alcohol overdoses.

"Any movement on this issue should be very slow. We should probably sit back and wait to see what happens in states like Colorado and Washington to see what the full impact of this is on society," he said.

Feehan said given the opioid crisis in Wisconsin, it makes sense to look at reducing criminal penalties for marijuana. He said he could also support legal medical marijuana in Wisconsin.