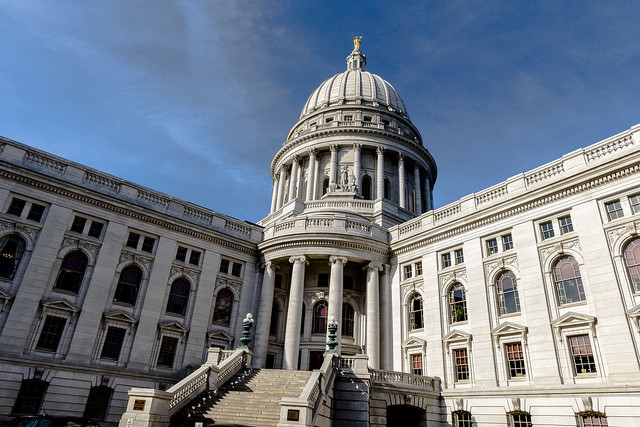 Professor Says Focus Should Be On Rehabilitation
By Kayla Blado
Share:

Some local ordinances have made it increasingly difficult for sex offenders to find housing. In response to restrictive buffer zones and housing bans, many sex offenders relocate to communities with fewer restrictions.

Stan Stojkovic, a professor of criminal justice at the University of Wisconsin-Milwaukee, said that local ordinances aren't effective at rehabilitation and cause difficulties locating housing. He agrees that setting a statewide standard could be a step in the right direction.

“The larger issue of ‘we don’t want them around here’ is just not reality. Sex offenders, like all different types of offenders, are everywhere in the community," he said. "Putting local ordinances in place don’t make a whole heck of a lot of sense. What they do is deny responsibility to the community to manage this problem."

One solution, Stojkovic suggests, is for a law to reflect the broad range of sex offender categories that exist.

“Part of the problem is definition. Many of these ordinances are written to include a whole spectrum of behaviors. That makes no sense,” he said.

According to Stojkovic, many sex offenders are convicted for relatively common sex crimes, such as a 19-year-old and a 17-year-old having sexual contact.

The new bill, which is currently being drafted, proposes a consistent buffer zone around schools, daycares and other places where children are likely to congregate. Sex offenders are banned from living in these buffer zones. Although these housing bans are a very common solution, Stojkovic said that they aren’t helpful in preventing sex offenders from re-offending.

“At an intuitive level, these bans seem to make sense,” Stojkovic said. “But, it’s a hope more than any kind of hard fact that this type of ban will protect the community. We don’t have any evidence that it does anything to make communities safer.”

As an effort to prevent sex offenders from pooling in communities without sex offender ordinances, the bill also contains a “return-to-sender” component, which would send the offender back to live in the community where the crime was committed.

Stojkovic said he thinks this component may be a successful part of rehabilitation, particularly if supports like family and employment are in this community.

“What we do know is the strategy of alienation doesn’t make sense. The separation sometimes makes the offenders more likely to reoffend,” said Stojkovic.

Additionally, the incorporation of violent sex offenders into the community would allow for easier observation of their behavior, he said.

“That 3 to 5 percent that pose the greatest threat to you, you want them closer so you can watch them," he said. “I would rather watch them intensely than not do anything or totally exclude them. If they have any chance of rehabilitation, they need to be included in the community."

Stojkovic acknowledges that the problem of rehabilitating sex offenders is complex, but needs to be looked at carefully.

“The devil is in the details. As you dig through the details you see the devil. And you have to confront that devil in a reasonable way,” he said.