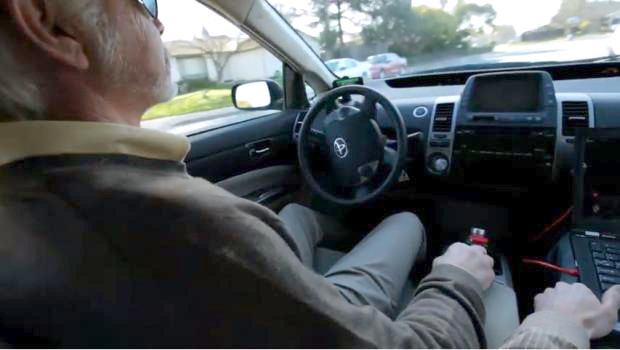 Expert Predicts Widespread Use Of Self-Driving Cars By 2030

With more and more carmakers and technology companies alike scrambling to get a foothold in the growing field of self-driving cars, one automobile expert predicts it won't be long before automated vehicles have become commonplace.

Just this week, Toyota unveiled a Lexus GS in Tokyo that has the capability of driving itself. It performed on a Tokyo highway, using high-level sensors to navigate roads, merge lanes and pass vehicles. The car must be driven manually until it crosses a sensor upon entering a highway — then, it can be driven independently until exiting.

Toyota is hoping to make the technology available in its vehicles by 2020, just in time for Japan to host the summer Olympic Games.

Other companies, including Google and Nissan, have already been touting self-driving vehicles. Apple is also believed to be working on a driverless car.

According to Jamie Page Deaton, managing editor of U.S. News Best Cars, automated vehicles will likely become more mainstream in the next couple of decades.

"We’re not there yet," she said. "I’d say we’re a good 15 years out at the earliest from where it’s widespread where you get in the car and push a button and the car drives itself."

But she said much of the technology employed in driverless cars is already on the road today. Deaton mentioned two examples — lane departure warning systems that alert drivers to when they’re veering out of their lane and Ford’s "Collision Warning with Brake Support" system, which senses when the vehicle is about to hit something and automatically applies the brakes if the driver fails to do so.

While the notion of handing over control entirely to the vehicle itself may seem unnerving, Deaton said it will actually make traveling safer.

In addition to being more safe, Deaton said that driverless vehicles will be more environmentally friendly. While people tend to accelerate hard, which burns a lot of gas and releases harmful emissions, automated cars will speed up more gently.

"A self-driving car is going to automatically do some of the hypermiling techniques … so it can get better fuel economy," Deaton explained.