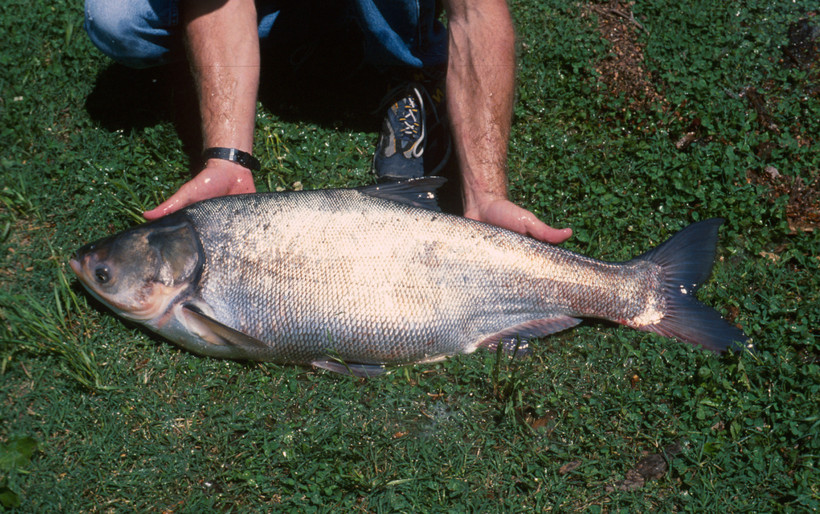 The discovery of Asian carp DNA in a water sample from Sturgeon Bay last month has at least one expert unwilling to sound alarm bells just yet.

Phil Moy, assistant director of research and outreach for the Wisconsin Sea Grant Program at the University of Wisconsin-Madison and formerly an 11-year fisheries and invasive species specialist for the program, said the test, which yielded a negative result when the water sample was re-tested, wasn't conclusive evidence of live fish in the lake waters.

For example, he said, the DNA could have come from the feces of a bird that had consumed a carp, or even traces of slime on a life vest.

“That’s how sensitive it is,” he said. “We need to look some more. We need to take additional water samples.”

The carp, invasive to North American waters, threaten to compete with native fish species for food, and the silver carp’s propensity for leaping out of the water has been blamed for injuries and boat damage.

The U.S. Army Corps of Engineers is releasing a report next month outlining long-term engineering solutions more effective than the current electric fencing in the Chicago Sanitary Canal, the main water route by which carp could enter the Great Lakes system.

Three fences already block the canal, and a fourth, more permanent electric array is under construction. Moy said they’re “a good start,” but ultimately more will be needed.

“It buys us a little time to get down to what might be a more permanent solution, something that effectively closes that water door,” Moy said.

But even a worst-case scenario in which multiple fish breach the gate and enter Lake Michigan, he said, would unfold slowly and with time to find solutions -- one fish or even a few passing the barrier wouldn't spell immediate disaster.

“Even if that happens, it would take a long time to get there,” he said. “It took these fish over two decades to get established in the Mississippi River, which is a much more suitable habitat than the Great Lakes are.”