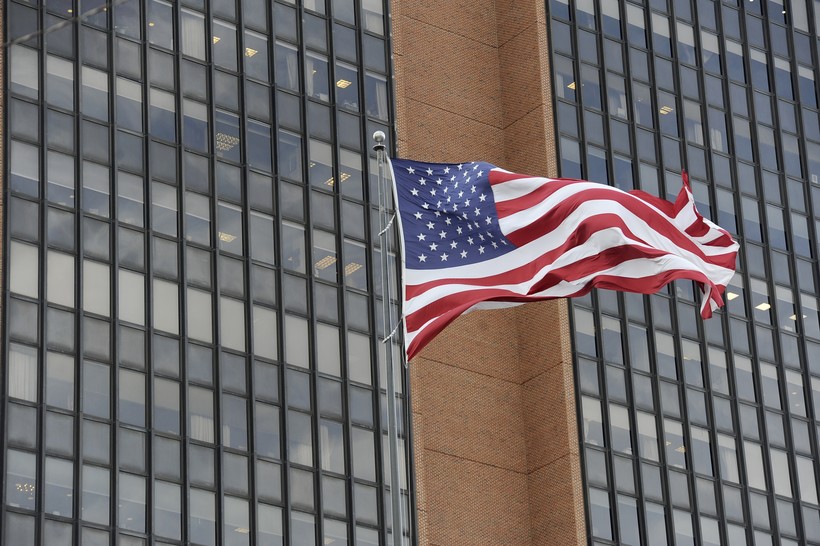 The American flag is seen at the James A. Byrne United States Courthouse, Tuesday, Nov. 3, 2020, in Philadelphia. Michael Perez/AP Photo

'We Are All Americans, And We Are All Neighbors,' Says Writer Amanda Ripley
By Elizabeth Dohms-Harter
Share:

For a few weeks after Election Day, chances are highest for violence, suggests Amanda Ripley, a contributing writer at The Atlantic and is author of books including, "The Unthinkable: Who Survives When Disaster Strikes and Why."

"Around the world, about one in five elections becomes violent," she said. "And it's usually after the election, not necessarily the day of."

It's a good reminder, Ripley said to take care with the words and rhetoric that we use and to be mindful of how we treat others as we head into what could be a volatile period of transition.

Ripley advised that the "exhausted majority" of people who are frustrated and sick of bickering and partisanship should speak up on social media, write to local news organizations or have conversations that call for a free and fair election and a peaceful transfer of power.

"We are all Americans, and we are all neighbors, and whether we like it or not, we are married to each other. And we can get divorced, but we still have kids together, so we need to work it out," she said.

Speaking in defense of peace actually will have an impact, Ripley said, citing research that has studied the results of advocating for kindness and belonging. She said that if people take a concerted stand against name-calling, vitriol and violence, the nation as a whole might be less likely to participate in that behavior.

And, she said, that action doesn't need to come from a celebrity or a politician. You can have the same impact within your own circles. Reminding people about what they have in common — for example, being an American — is an important step toward helping people feel like they belong. That has a calming effect, Ripley said.

In an opinion piece for The Washington Post, Ripley wrote that misbeliefs about the opposite party run rampant. For example, Republicans believe Democrats are more godless, gay and radical than they are in real life, and Democrats believe Republicans are richer, older and more unreasonable than they really are.

"Americans are not as wildly different as their leaders seem to be, as the extremists on social media are," she said. "Most Republicans are middle class, straight and white, and guess what? So are most Democrats."

Additionally, research from last month from the nonpartisan organization More In Common found that only 3 percent of Republican respondents said they would condone violence against former Vice President Joe Biden supporters in a situation where Biden wins the election but President Donald Trump claims it was stolen. Democrats responded to a similar question by saying they believed 49 percent of Republicans would condone attacks.

The results were nearly the same when the questions were reversed for political party.

But it's the influencers on social media, mainstream media and elsewhere that breed untrue beliefs about those from different parties, said Ripley. She said that it's a minority of Americans who would be the type to write inflammatory comments on social media and be politically extreme.

"Right now, they are having a disproportionate and distortionary effect on this election and on our public discourse," she said, adding: "We need to hear from those four out of five and we need to, in the media, raise up those voices."

Ripley said personally she likes to think about America as she does other countries that have elected and fought over presidents in a polarized climate. She said she doesn't immediately assume that half of the country is full of evildoers, but rather that they're likely being manipulated by leaders and are dealing with other systemic issues.

"It may be true that the outcome is evil, (and) some of the policies that get put into action are hurtful and people do suffer," she said. "But the reasons why that happens at scale, when you're talking about millions of people, are complicated."

Can We Come Together After This? Finding Unity In The Great Divide 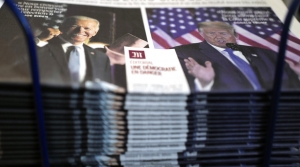 We talk with a guest who says the 'us versus them' mentality many Americans has taken on, and evidenced in the election results,  is fueled by a distorted, cartoonish understanding of those of the other party. Our windows of viewing the world have gotten too small; our guest tells us how we can...