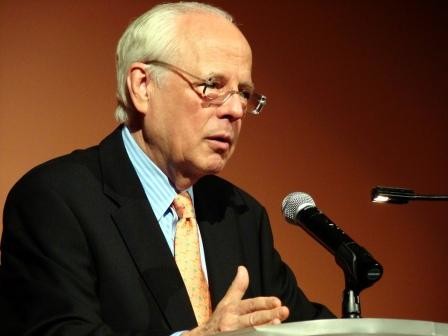 John Dean, the former White House counsel to President Richard Nixon, will be Madison on Friday to deliver the University of Wisconsin Law School's 2013 Kastenmeier Lecture.

Dean's lecture is expected to draw on his days in Washington, D.C., as a young attorney -- having only been 31 when he was appointed -- to his ideas on the influence of power and ethics in government.

Dean served as counsel from July 1970 until April 1973 when Nixon fired him for refusing to complete a report on the Watergate cover-up. Soon after, Dean became the first White House official to accuse the president of direct involvement in the cover-up. A few months later, in June 1973, Dean presented dramatic testimony before the U.S. Senate Watergate Committee, recounting how he told Nixon that the cover-up had become a "cancer on the presidency." He implicated many administration officials, including himself, eventually leading to his pleading guilty to obstruction of justice for his actions.

In the years since the Watergate scandal, Dean has penned several books, including two recounting his days in the Nixon White house, “Blind Ambition,” and “Lost Honor.” He also pens a column for Justia, a website devoted to providing Legal Analysis and Commentary, and lectures on law and ethics in government.

When asked how Nixon was influenced once being elected president, Dean said, “He did lose touch. Once he took on the mantle of that office, he took on an arrogance, that he felt indeed that he could almost speak ex cathedra. He didn’t give a damn whether Congress agreed with him or the courts. But I don’t necessary think that permeated his whole staff. It certainly didn’t me. Power affects different people in different ways.”

To find about more about Dean’s appearance in Madison and how to attend, visit this website.