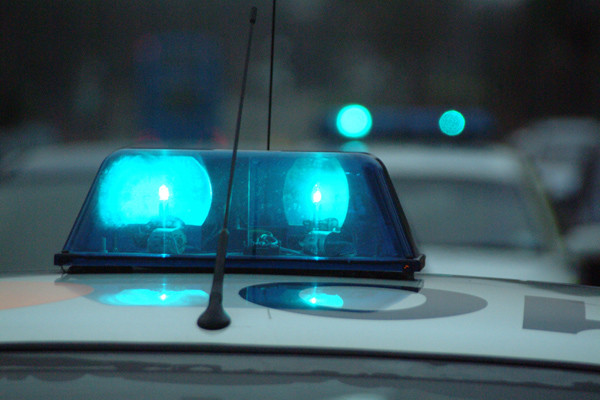 Ex-Milwaukee Officer Won't Be Charged In Connection With Hamilton Slaying

Milwaukee County's district attorney announced on Monday that a former Milwaukee police officer won't face charges in connection with the fatal shooting of Dontre Hamilton at a park last April.

Police have said that Manney shot Hamilton after Hamilton grabbed the officer's baton and struck him with it.

Chisholm asserted on Monday that Manney had acted as he'd been trained and authorized to do, and shot Hamilton in self-defense.

“In reviewing this case, we came to the conclusion that, based on all of the facts, all the circumstances present to a reasonable officer in Officer Manney's position at the time this circumstance occurred, his use of force was privileged and was justified,” said Chisholm.

Milwaukee County District Attorney John Chisholm said that he got a report back last week from a Pennsylvania consultant he had hired to review a state of Wisconsin report on the shooting. The DA said that review helped convince him to not file charges against Manney.

Earlier this year, the Milwaukee Police Department led an independent investigation into the incident. That review found Manney had accurately assessed Hamilton as someone undergoing a mental health crisis. The investigation nevertheless concluded that he “treated Mr. Hamilton as a dangerous criminal instead of following his training and treating Mr. Hamilton as an (emotionally disturbed person).” The statement noted that Manney's approach, including the patdown, was “out-of-policy.”

Manney was subsequently fired from the department.

Family and friends of Hamilton, as well as community activists, have led a series of protest marches throughout Milwaukee in response to the shooting and to encourage officials to file charges against Manney. Hamilton's family said in a statement that they were “extremely disappointed” that Manney won't face criminal charges.

“When an officer says, 'So, you wanna fight, huh?' and then unloads 14 rounds into a citizen of this community taking a nap in a downtown park, something is wrong and we are going to get to the bottom of it,” said Flynn.

Meanwhile, the Department of Justice announced on Monday afternoon that the FBI and other federal agencies will look for potential civil rights violations in the Dontre Hamilton shooting.

Hamilton family attorney Alex Flynn had said earlier in the day that they would either file a civil suit or ask federal officials for a review of the case.

Flynn said he also asked federal prosecutors to study the patterns and practices of the Milwaukee Police Department, given other cases in which black men have died during interactions with police.

Two civil rights groups, the American Civil Liberties Union and the NAACP, are supporting the Hamiltons. Milwaukee NAACP chapter leader James Hall said the lack of criminal charges against Manney is disappointing, and that Dontre Hamilton was doing nothing wrong.

“This outcome, with regard to Mr. Hamilton, harkens back to the days of Jim Crow when a black life could be taken with impunity,” said Hall.

Chisholm said Manney did try to avoid shooting Hamilton, despite Hamilton taking Manney's baton and striking the officer with it after Manney had already struck Hamilton.

“Multiple witnesses heard multiple verbal commands throughout the entire encounter: ‘Stop,’ ‘Get down’ — variations of that,” said Chisholm.

Milwaukee Mayor Tom Barrett said earlier on Monday that he would cooperate with either a federal review of the Police Department or of the Hamilton case.

“I think this that this police department is trying to do what it can to make sure that it is in compliance,” said Barrett. “I don't think it's a situation like you have in some other communities, where the probes have begun.”

In the meantime, Barrett is calling for demonstrations reacting to the lack of charges against Manney to be peaceful.

Editor's Note: The story has been updated to reflect the latest information available.