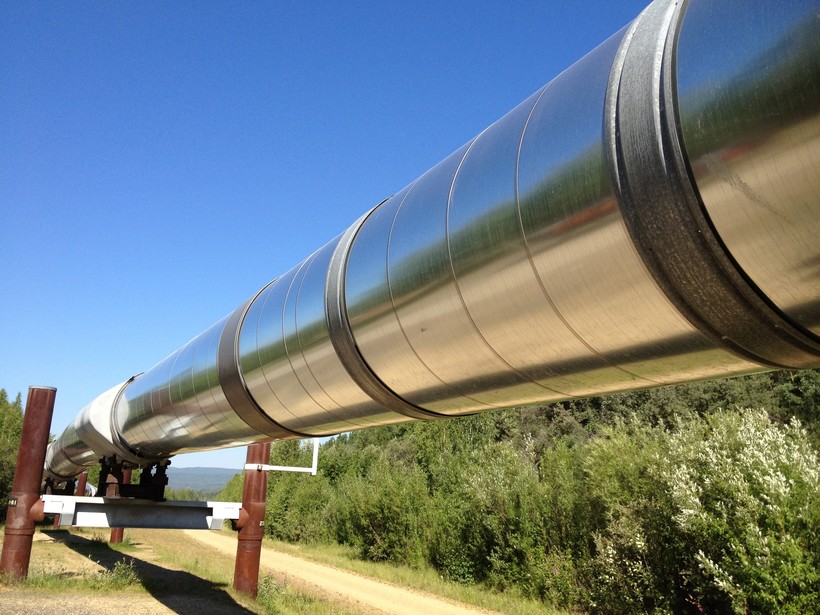 According to an environmental policy expert with the University of Michigan, when it comes to the controversial issue of transporting crude oil either via train or via pipeline, one method is generally safer than the other.

"The bulk of evidence would suggest a well-designed pipeline — all things else being equal — is going to be safer than either truck or train," said Barry Rabe, a professor in the University of Michigan’s Gerald Ford School of Public Policy.

Oil transportation safety has been in the spotlight over the past few days thanks in part to a train derailment in Watertown on Sunday. According to Canadian Pacific, less than 500 gallons of Bakken crude oil spilled as a result of a 13-car derailment.

Pipelines, for their part, have also been in the news: President Barack Obama rejected the proposed Keystone XL project last week following several years of review by the State Department. Environmentalists have been decrying the plan for years, largely due to concerns about climate change, but also due to the risk of spills or explosions.

Rabe said Tuesday that besides eliminating derailments, pipelines carry a reduced risk of large explosions, such as the one that occurred in West Virginia in February. Trains also tend to run through large metropolitan areas, increasing risk of human injury or death from an accident, along with property damage.

To make rail safer, Rabe said that some states, including Pennsylvania and Washington, are broadening inspections and proposing fees on trains to cover the cost of those reviews. He also said that the federal government is pushing to make rail cars more modern and safe.

The train that derailed in Watertown had upgraded tankers that are stronger and included heat shields. A train that derailed a day earlier near Alma did not have the newer cars. More than 18,000 gallons of ethanol spilled, some of which flowed into the Mississippi River.

Rabe also said there have been discussions about requiring oil companies to change the chemical composition of the oil so that if there is an accident, there’s less of a chance of combustion or an explosion.

However, he noted that increased safety would come with a price that would be borne by customers or taxpayers, including in the form of higher fuel costs. He added that it’s not clear how far people would be willing to go to reduce the risk. He said Congress may need to get involved, given that it’s an interstate and even an international issue.

"We’re going to be looking at some significant challenges here dealing with this, but the bottom line would be, there’s no mechanism to move oil and gas from point A to point B that is completely foolproof, that is completely safe or is completely free of cost," Rabe said. "To my knowledge, it just doesn’t exist."

While rail may be inherently riskier, Rabe said that pipelines can be problematic as well. He cited a July 2010 incident near Marshall, Michigan, in which a pipeline owned and operated by Enbridge ruptured. An estimated 843,000 gallons of crude oil spilled into Talmadge Creek and flowed into the Kalamazoo River for 35 miles.

"There’s not an easy solution to this other than frankly consuming less energy and reducing demand for the product and hence, less need for the transmission," Rabe said.

Both of the derailments that happened over the weekend remain under investigation. Investigators have reportedly ruled out speed or a malfunctioning signal as the cause of the Watertown accident, and are looking into mechanical problems and track flaws.