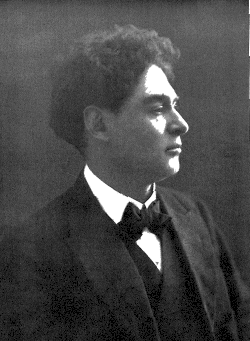 Everything is in Order

Could it happen today? In the early years of the twentieth century, pianist Harold Bauer was touring in Spain, traveling with a tuner, who was responsible for having Bauer’s Erard pianos sent from one venue to the next.

Toward the end of the tour, illness forced the tuner to remain behind, and Bauer had to arrange for the piano transportation himself. After a long train trip, Bauer arrived in Tarragona on the morning of his concert there. The president, vice-president, secretary, and treasurer of the Philharmonic Society met him at the station.

“Everything is in order,” the president assured him. He went on to say that a tuner had been sent from Barcelona and the piano was on the stage, ready for the seven-thirty concert. “The hall will be full,” he promised, adding that everyone was looking forward to the performance. He invited Bauer to lunch, after which there would be plenty of time to rest at the hotel.

“We will call you in the evening,” he said.

The frazzled pianist relaxed and enjoyed their hospitality. He was too tired to think about practicing.

When he arrived at the theater, he found that it was, indeed, filled to capacity. He walked onto the stage and went behind the lowered curtain to make sure that everything was ready, and, sure enough, the piano was there.

It was standing on its side in a packing crate.

When he had calmed down, Bauer determined that the order to remove the piano from the crate and set it up had gone through so many people that no one had done anything. The tuner had arrived from Barcelona, found the piano crated up, and after a few futile inquiries, had gone home.

After consulting with Bauer, the president appeared before the crowd, explained the situation, and promised a concert the next night.

For which the tuner, the piano, and Bauer were all in top form.