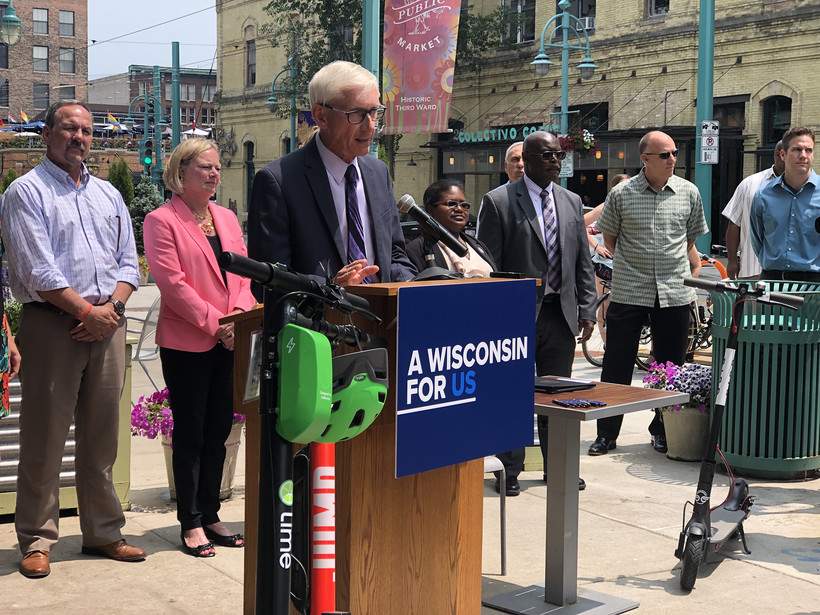 Gov. Tony Evers has signed a bill to regulate electric scooters on Wisconsin's roads and sidewalks.

Under the bipartisan measure, scooters must weigh less than 100 pounds and abide by a 15 mph speed limit. Local governments could prohibit use on sidewalks or streets with speed limits above 25 mph and restrict public rentals.

Evers signed the bill Monday afternoon in Milwaukee, stating the bill will expand transportation options across the state.

"The ability to regulate scooters is critical to success and public acceptance to this new transportation option going forward," Evers said.

State Ethics Commission records show no groups have registered against the measure.

Bird Rides offered its electric scooters on Milwaukee sidewalks last summer and the city filed a lawsuit to have the scooters removed because they weren't authorized under state law. The city and the company reached a settlement in May that calls for the company to bring the scooters back once regulations are adopted.

Milwaukee Mayor Tom Barrett said the city will create a pilot program to explore the best practices for electric scooters on city streets.

"We want this to be a city where there are many modes of transportation," Barrett said during the signing. "This is another form of transportation that some individuals want to partake in here in the city of Milwaukee."

Barrett said the scooters should be on city streets by the end of the summer.