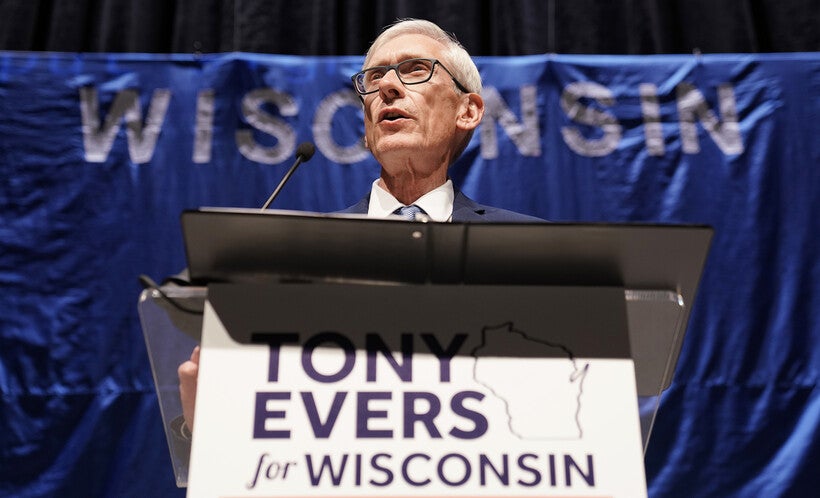 Wisconsin's incoming Democratic governor says he's willing to go to court if a Republican plan to restrict his powers is signed into law.

As of Thursday morning, Walker was weighing whether to sign a sweeping package of bills that would weaken the powers of his Democratic successor.

Evenson didn't give a time frame for when Walker would act. Walker has 10 days to take action once the bills are delivered to him.

Walker's office worked closely with legislators to craft the measures, but Republican lawmakers made last-minute changes during late-night negotiations.

Walker is getting bipartisan pressure to veto the measures, including from Evers. Walker has already signaled general support for the legislation.

The far-reaching legislation would cut into both Evers' powers and those of the Democrat who will take over as attorney general next month.

It's a move similar to that carried out by Republicans in North Carolina two years ago — and Republicans in Michigan are talking of similar action this week.

On Thursday afternoon, during a University of Wisconsin System Board of Regents meeting at UW-La Crosse, Evers said Republicans are ignoring the will of voters.

"I believe (voters) believed that they were electing a governor under the same circumstances that the present governor is operating under," Evers said. "It is a reflection of, frankly, disdain about the electoral process and what the people of Wisconsin wanted."

Evers said his staff has reached out to Walker's office, but he was not sure whether Walker's staff has replied to a request to talk.

When asked whether the bills would impact his relationship with the Legislature, Evers said he would still work to find common ground with Republican lawmakers.

"We have some big issues in the state of Wisconsin, whether it's transportation, whether it's funding for our education system, whether it's making sure that we have accessible and affordable health care. We have to make sure that we reach agreement and common ground on these issues and I’ll continue to do that," Evers said.