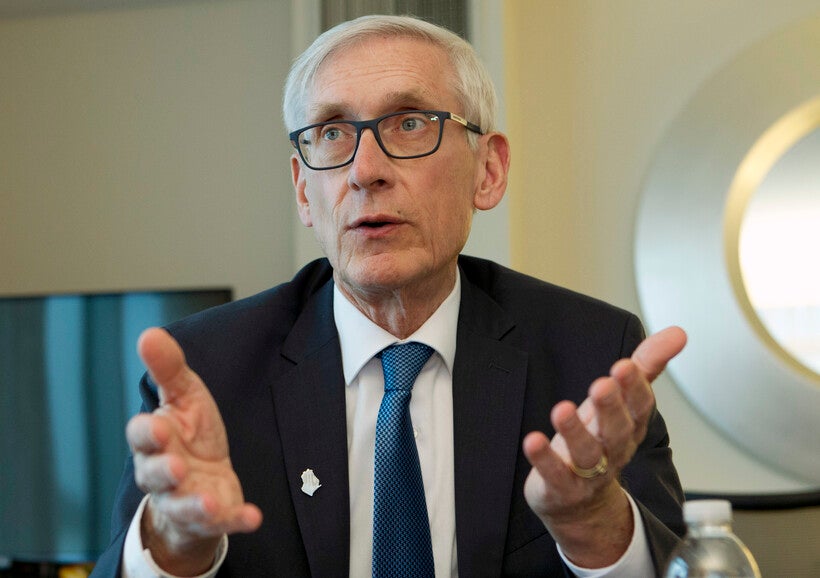 Gov. Tony Evers is continuing a tour around the state after delivering his budget address last week.

The Democratic governor stopped Monday in Sturgeon Bay where he said he will veto a state budget if it doesn't reflect the interests of people he has spoken to around the state.

Evers toured southeastern and northeastern Wisconsin on Monday and used the stop in Door County to talk to business and environmental leaders about water quality. Many wells in the area are contaminated by livestock waste.

The state would have to pay off a portion of the bonds each year, Evers said.

"There is a minimal amount each year, but we believe that attacking this issue is a long-term solution, so a small amount of paying off those bonds is minimal," Evers said.

If the Republican-controlled Legislature passes a budget without some of his priorities, Evers said he is prepared to veto it.

"If it's not a budget that reflects those interests, I could veto that," Evers said.