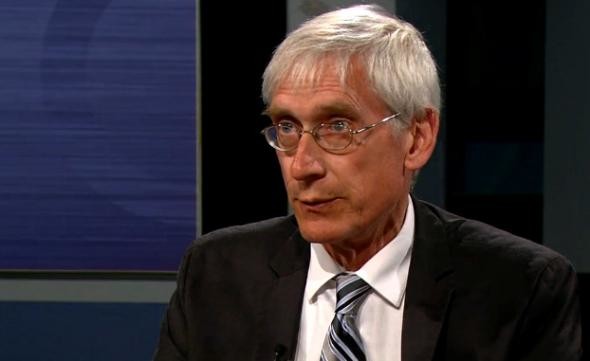 The head of the state's job creation agency and Gov. Scott Walker's re-election campaign are criticizing a proposal by Democratic gubernatorial candidate Tony Evers to eliminate the agency.

It also approved a multi-billion-dollar state incentives package for Foxconn that has been slammed by Evers and other Democrats.

"We need a real jobs agency that won't give away $4.5 billion to a foreign corporation without reading the fine print, and that will actually invest in Main Street businesses and startups, work with our local communities and industries, and ensure our tax dollars are being spent responsibly," Evers said in a statement.

He has vowed to replace it with a new agency using input from the Legislature and regional economic development agencies.

Still, Mark Hogan, secretary and CEO of the economic development agency, said many of the problems are from its early years.

"And (the agency) didn't have the type of infrastructure that was required to move forward and really become a fully functioning, operating entity," Hogan said.

"He doesn't have an idea as to what could be done differently to make it better," Hogan said. "We look at it all the time. We have internal committees that look at things all the time as to ways that we can improve."

Mark Maley, a WEDC spokesman, said some improvements include the 2016 creation of an Operations & Program Performance Team responsible for management of data generated from the awards administration process.

In July 2017, the agency also created an ethics hotline, where individuals can report fraud and other misconduct.

Maley said the agency continues to improve its online database that shows the agency’s investments dating back to 2011.

"Any plan to blow up an organization dedicated to job creation is foolish and would both have a chilling effect on our economy and hurt hard-working families," said a spokesman for the Walker re-election campaign.