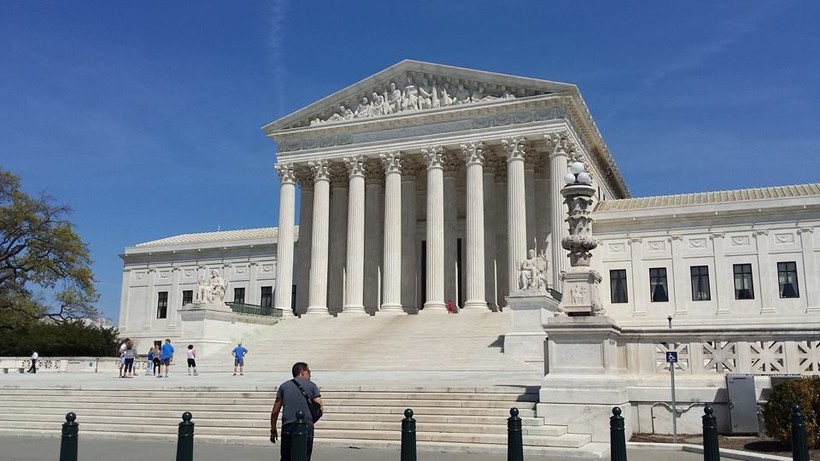 With An Even Number Of Justices, U.S. Supreme Court Has Some Options To Avoid Deadlock

While the current vacancy on the U.S. Supreme Court has been in the news due to the standoff between President Barack Obama and the U.S. Senate, what hasn't been discussed nearly as much is the impact of the remaining eight justices. As the ultimate arbiters of constituional law, their ability to fulfill their responsibilities can be seriously hampered by the threat of 4-4 decisions among the justices.

Ryan Owens, a professor of political science at University of Wisconsin-Madison and an honorary fellow at the Institute for Legal Studies, said when the court is at its usual state of nine sitting justices, the judges try hard to avoid a situation where there is a chance of a deadlock.

"The court really does not like 4-4 splits. Justices do whatever they can in many instances to avoid having to recuse themselves from cases precisely for this reason. A 4-4 split leaves the law unclear at times. And frankly, when justices have to spend a lot of time on a case to wind up just affirming by a tied vote seems like a waste of time for them," Owens said.

There are some options open to the Supreme Court that could help them avoid standoffs. Owens said that one possibility is to deny review of a case that would possibly come before the court in the near future. This would apply to cases that would normally be likely to be taken up, but the court decides to hold off on adding it to the docket for the moment.

The situation is more complicated for cases that have already been granted a hearing in front of the high court. One option is to dismiss the case under the grounds of having been "improvidently granted," which Owens explained as the justices saying that they shouldn't have accepted the case in the first place.

Owens said that another alternative would be to hold a case over for reargument, which means pushing it forward to the next term of the Supreme Court. The reasoning for that option would be that the court should be fully staffed by then.

If a case is heard and the justices seem to be lining up for a 4-4 split, there's the possibility that they would try to find agreement on specific aspects of the case in order to issue at least a partial decision instead of allowing the split to stand for the entire ruling. He said that the justices have been using this tactic in the last few weeks for that reason.

In the case of an unavoidable 4-4 split on the court, the lower court's decision stands. But Owens said that it isn't the same as a lower court decision being upheld.