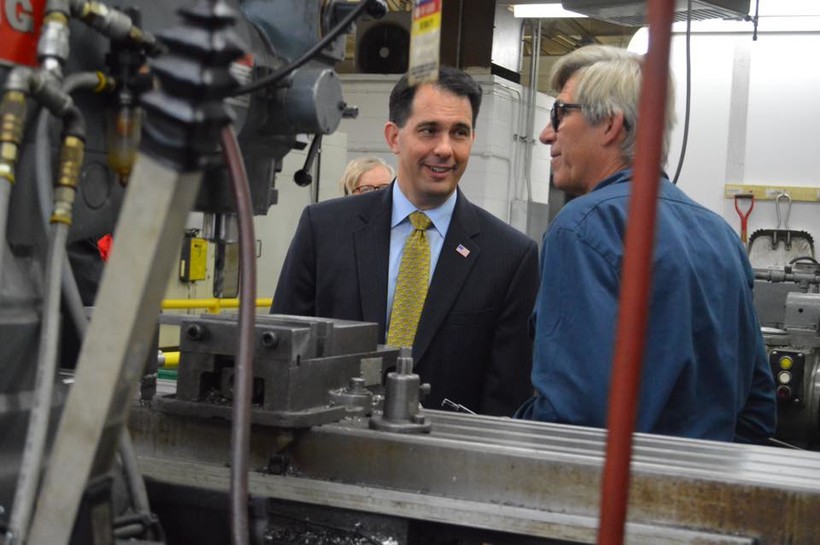 Jobs and the economy have been at the forefront of Wisconsin’s gubernatorial race between Gov. Scott Walker and challenger Mary Burke for much of the campaign. However, to the previous head of the state Democratic Party, this contest is all about ethics.

Joe Wineke was chair of the Democratic Party of Wisconsin from 2005 to 2009. He said on Thursday that the biggest upside to electing Democratic candidate Burke is a return to clean government.

“To me, it’s the most important issue in this race,” he said.

Wineke, who also served in the state Assembly and Senate, stated that when he was first elected, Democrats and Republicans worked well together, and that he teamed up with Republicans on several proposals.

"You don’t see that at all today,” Wineke said. “Instead, what we get is scandal after scandal.”

Wineke referred to Tuesday’s release of 16,000 emails from the John Doe investigation into former aides and associates of Walker while he was Milwaukee County executive. Six of them were convicted on charges ranging from theft to misconduct in office. The investigation ended in 2013 without Walker being charged.

This week’s batch of emails reportedly show that Mark Hiller, who was Walker’s campaign treasurer and a real estate broker, was working for one of the bidders seeking to buy a building owned by county government. According to the Wisconsin State Journal, top Walker aide Cindy Archer advised that Hiller should enter his “best and final” bid. To Walker and another county official, Tim Russell, she wrote: “The rubber is meeting the road on this issue. If you can help Hiller, now is the time.”

The county wound up rejecting the bidders’ offers due to cost reasons.

“We have to restore integrity to our government,” Wineke continued. “If there’s no other reason to sway you to Mary Burke than to give our government a chance – I’m so sick of fighting with my neighbors and friends because they see me as a Democrat and they see themselves as Republicans.  People aren’t even seeing the forest from the trees anymore and we can do so much better than that.”

However, Brian Schimming , Republican Party of Wisconsin vice chair, countered that Walker has nothing to hide.

“The emails were four years old in an investigation where the governor wasn’t even a target … which kind of gets lost,” he said.

The emails were released by current Milwaukee County executive Chris Abele, who Walker accused of trying to inflict last-minute damage to his campaign.

“Clearly, the highly partisan Milwaukee County executive who has given $63,000 to my opponent, released four-year-old emails two weeks before the election to distract voters from my opponent’s failed record,” Walker said in a statement. “This case was closed nearly two years ago. Voters see through the political motives of my opponents to stop our successful reforms which are moving Wisconsin forward.”

Schimming, like Walker, also questioned the timing of the release given the start of early voting in Wisconsin and a new ad from Burke taking Walker to task over the John Doe probe.

“This ad, by the way, came out hours even before any of the John Doe information was released,” he said. “So, it seems to me perhaps a little bit too much coincidental.”

At the very least, Schimming added, “It is most certainly political against the governor.”

An Abele spokesperson reportedly maintained that neither Abele nor Burke had anything to do with the timing, and that county attorneys released the material as it was ready to be released.