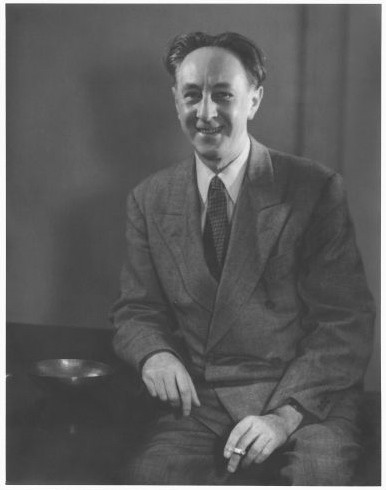 Czech composer Bohuslav Martinů was in Paris in June 1940 when German armies entered the city. He left the city in a hurry, leaving behind his manuscripts and most of his personal possessions. He and his wife fled south to keep one step ahead of the Germans, and the experience made him feel that “a great vacuum had opened into which all humanity was being drawn.”

In Aix-en-Province he tried to make up for lost time, composing a fantasia and a toccata for piano. When he applied for an American visa at the United States consulate, the consul asked him for proof that he was an artist, and Martinů was at a loss for words but blurted out, without any knowledge that it was true, that he was on a list of artists blacklisted by the Nazis. Calling his bluff, the consul pulled out a book and began searching for the composer’s name. As Martinů stood breathless, waiting for the worst, the consul nodded and said, “Yes, you are down here” and sent him straight to an office to receive his American visa.

Arranging for transportation to America required almost daily travel to and from Marseilles. Martinů bought the last sheets of music paper available in the city and during the long train rides, sketched a sinfonia that he completed in November while bundled in his coat and gloves in an unheated room.

While the French Vichy government dithered about granting crucial exit visas and the paperwork for a Spanish transit visa dragged, the Martinůs’ boat sailed from Lisbon. Martinů diverted himself by writing a cheerful sonata da camera and planned other works, and eventually his patience and perseverance paid off. Three months later, Bohuslav Martinů and his wife arrived at last in the New World--a place where he could compose in safety.