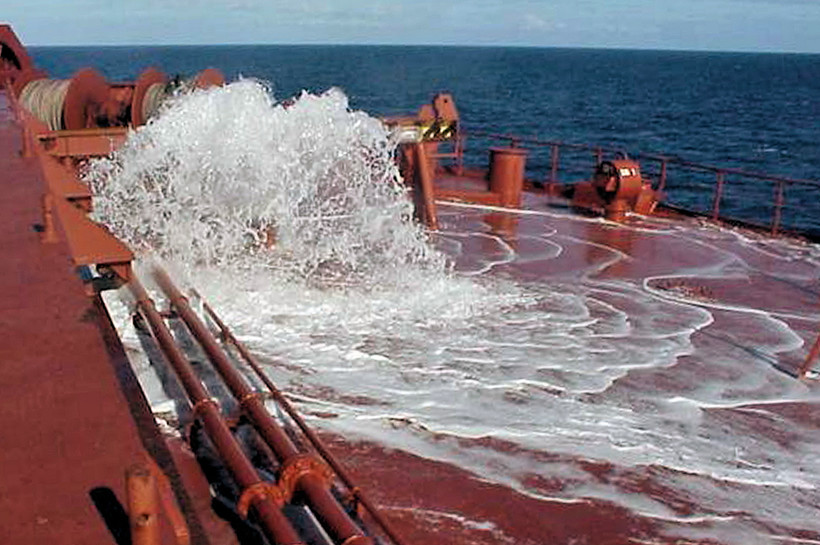 Conservationists say a provision within a U.S. House of Representatives defense spending bill could lead to the spread of more invasive species in the Great Lakes. But, officials within the shipping industry say the measure simplifies the regulatory process.

House Republicans recently tucked a provision into a $603 billion defense bill that would set a nationwide standard for treating water dumped from ships' ballast tanks. According to National Wildlife Federation policy director Marc Smith, the U.S. Coast Guard would have sole authority over discharges rather than the joint oversight that currently exists between the Coast Guard and the U.S. Environmental Protection Agency.

Smith fears the measure would weaken protections to keep invasive species out of the Great Lakes. The shipping industry says the bill would simplify requirements they must meet while protecting the environment. Lake Carriers Association President Jim Weakley supports the change.

"Each of the eight Great Lakes states have the ability -- and seven of the eight do put additional requirements under the Clean Water Act process via the EPA and then, in addition to that, two states regulate it under two state statutes," said Weakley. "It’s a very complicated patchwork quilt of regulations and we like the ability of a single national standard."

The House and Senate must come to a final agreement on the defense bill -- likely later this year. The EPA declined to comment on pending legislation.

The Obama administration opposes the House provision on ballast water.