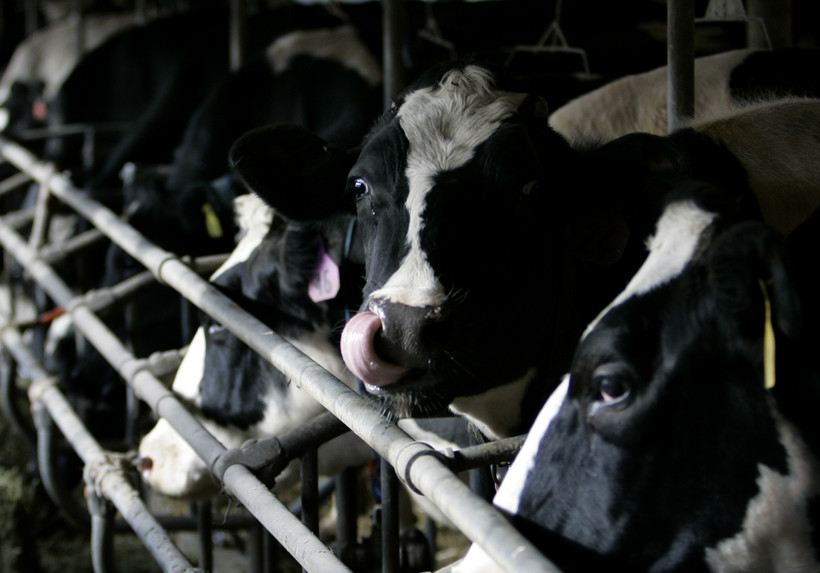 The District, Which Encompasses Door And Kewaunee Counties, Is Home To A High Number Of CAFOs
By Patty Murray
Share:

Environmental issues rarely rise to the forefront of any political contest, but the race for 1st Assembly District in northeastern Wisconsin is an exception.

The district, which encompasses Door and Kewaunee counties, is home to high tourism traffic, but also a high number of factory farms. Roughly 30 percent of private wells in the region are thought to be contaminated with either E. coli, nitrates, or other bacteria, which are making it nearly impossible for assembly candidates to avoid discussing environmental concerns.

At a campaign event for Utesch, supporter Bob Gallenberger served up booyah stew and beer. He knows the concerns of water safety first hand. Gallenberger's well was deemed unsafe, but has since been approved for use again.

"It's scary," he said. "It's different because you get a whole different outlook on really what water means to you, what it means to your family."

The event was held on Utesch's 150-acre organic grass fed beef farm, located in the Karst geographical area known for shallow topsoil and porous bedrock. Kewaunee County is home to 16 concentrated animal feeding operations or CAFOs, which have become a controversial issue for the region. Some local groups claim the "factory farms" are responsible for widespread groundwater contamination.

Utesch's own well isn't contaminated, but the candidate said he worries about the large farms spreading manure on neighboring farmland. "There's a Legislative Audit Bureau report that the (Department of Natural Resources) isn't following even their own rules," Utesch said. "So we need to make sure that enforcement is taking place."

The Democrat is making water quality a major campaign issue.

It's a "very rare" political move, said Michael Kraft, an emeritus professor of political science and environmental affairs at the University of Wisconsin-Green Bay.

"Even around the presidential election this year we do not see climate change and environmental protection issues becoming major concerns," Kraft said. "It's kind of a referendum on contaminated wells and CAFOs because the two are seen as connected."

But, Kraft said, every now and then the environment rises to the center of a campaign.

"Flint, Michigan, would be another case where the issue is of so much concern to the local public, anyone running for election or re-election has to address the issue," Kraft said. Kitchens, who is a member of the Committee on Environment and Forestry, co-sponsored legislation calling for tougher regulations on high capacity wells in environmentally sensitive areas such as the Karst region. It never got a hearing, he said.

"It's a frustrating issue and really the goal has been all along for the DNR to write rules specific to the Karst region for manure management," Kitchens said.

DNR Secretary Cathy Stepp has said her agency doesn't have the authority to do that, Kitchens said, but he noted, "They've reversed course, and now they're actually doing that."

Kitchens said it normally takes four to five years to change rules but that the DNR is "fast tracking" changes for the district which could be done within one year.

He said it's not so much the livestock population in the area, but it's concentration. "We have a lot less small farms now than we did years ago but there are more (big) farms," Kitchens said.

No matter who wins the race, CAFOS, water contamination and environmental issues highlighted by the candidates are likely to continue to be disputed in the region long after Election Day.