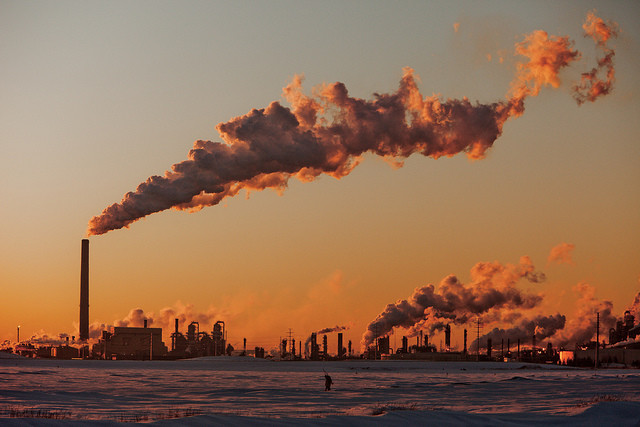 Environmental groups are filing a lawsuit against the U.S. State Department in a Minnesota federal district court, alleging that a tar sands oil pipeline expansion at the U.S.-Canadian border is moving forward in violation of national environmental law.

The energy company Enbridge is seeking to expand its Alberta Clipper pipeline so it can send 350,000 more barrels a day across the Canadian border to Superior. Sierra Club Staff Attorney Doug Hayes, however, said that under the National Environmental Policy Act, the State Department must analyze environmental impacts before approving cross-border projects. He said that Enbridge is violating the law by moving ahead with plans without proper review.

“It claimed that it could do this by diverting the flow of oil from the Alberta Clipper pipeline to a 1960s-era pipeline called Line 3 that’s just a few feet away in the same right-of-way,” said Hayes. “It would divert it to Line 3 just before the border and then back to Alberta Clipper once inside the United States.”

Hayes said Enbridge is circumventing the State Department, while regulators look the other way.

“There’s some major problems with this plan,” he said. “First, it ignores that the State Department has jurisdiction over the entire international border, including Line 3, and this new scheme is not permitted by any permit, including the Line 3 permit.”

Enbridge proposed to expand Line 3 earlier this year to replace the 47-year-old pipeline to meet increasing demand. Enbridge spokeswoman Lorraine Little told Wisconsin Public Radio in March that Line 3 has a presidential permit that allows an increase in capacity.

Enbridge could not be immediately reached for comment for this story.