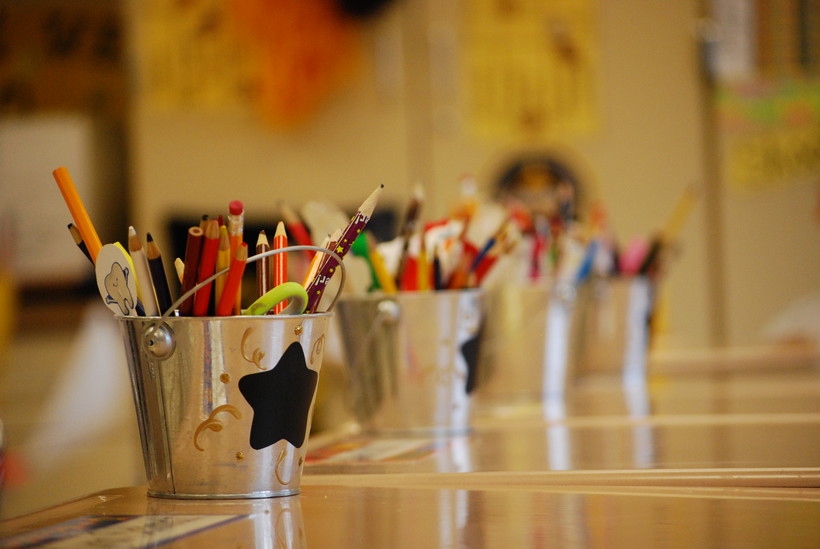 In last Tuesday’s election, voters across Wisconsin chose to increase their property taxes or let schools districts garner debt so their local schools could make building improvements and have more money in their operating budgets for teachers. Still, the reasons that districts went to voters for funding help varied depending on the region.

The Milwaukee Journal Sentinel reports southeastern Wisconsin voters approved 23 of these ballot questions to the tune of $556 million in funding. According to the Wisconsin Policy Forum, there's been an increase of these school funding questions since the 1990s. This November, it found 61 school districts asked a total of 82 ballot questions totaling $1.4 billion.

One of the numerous districts where voters passed a referendum includes the Wauwatosa School District. The district saw its referendum approved with 61 percent of the vote and will now be able to borrow almost $125 million to build four new elementary schools. Three of the district's schools were more than 90 years old. The district will also use the funds to upgrade security and make HVAC and boiler system replacements.

"The willingness of generations of residents to sacrifice their hard-earned dollars for the benefit of our youth is what makes Wauwatosa such a tremendous place to live," Phil Ertl, the district’s superintendent, said in a statement.

Taxpayers will first see changes to their tax bill as it relates to the referendum in December 2019. The district estimates an impact of $188 per $100,000 of equalized property value for 20 years.

For the Delavan-Darien School District, the $2.8 million, non-recurring, four-year operational referendum that voters approved will help pay for 18 new teachers.

The district framed the hiring of additional teachers as a way to improve students’ academic performance by reducing class sizes. The move by voters comes after the district shuttered one of its elementary schools earlier this year after a similar ballot question came short of passing.

The biggest requests came from the Middleton-Cross Plains Area School District, a district that is seeing its student population outgrow its current capacity. The district has been the fastest growing in Dane County in the past four years, said Perry Hibner, director of communications for the school district.

Voters in that area were asked two ballot questions, which they overwhelmingly approved. The first question asked for almost $139 million over 20 years for capital improvements, including a new elementary school and expanding a high school. The second question was a recurring operational question for $4.8 million. The cost to the taxpayer will roughly be an additional $199 per $100,000 equalized property value.

A 2012 ballot question voters approved helped rebuild one middle school and expand another.

"Since then, we’ve already grown by 950 students and projections by UW-Madison’s Applied Population Lab say we may grow about as many as 2,000 more students over the next decade," Hibner said.

Hibner said the district has been upfront with voters. As student enrollment shows no signs of stopping and the need will continue.

"We want to ask for what we need right now but let them know when we have a future need, we’re going to come back and ask for more," he said.

The move translates to a $28 tax increase per $100,000 of equalized property value, according to district estimates.

According to the Wisconsin Policy Forum, the increase in rural districts asking for funding help is generally tied to decreases in enrollment. But the state's competitive education landscape could also be playing a role in the increased number of referendums, according to Dan Rossmiller, the director of government relations for the Wisconsin Association of School Boards.

Options like open enrollment and the state's voucher program give students options outside of their school district.

"Districts are finding that they're having to make certain improvements to be more competitive in that competitive environment and keep those students where they currently are," Rossmiller said.