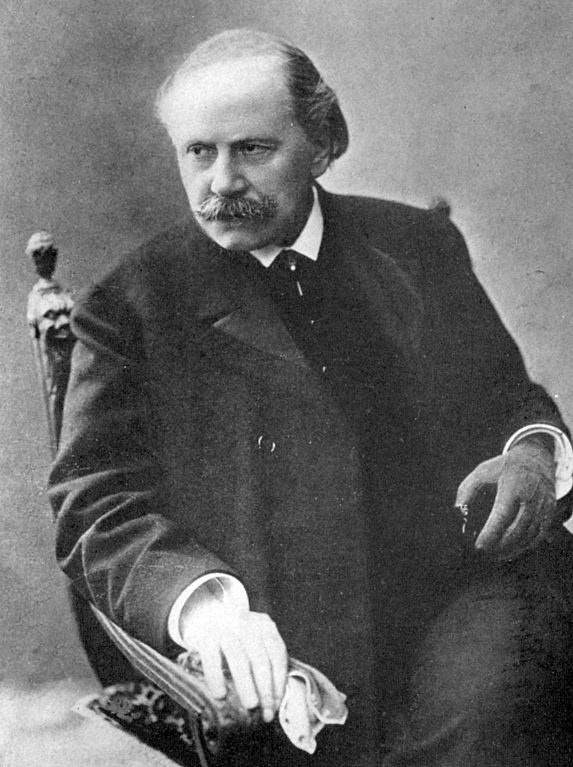 By the time he was in his thirties, composer Jules Massenet avoided public performances of his operas because the excitement was more than his nerves could take. In 1875, at the debut of his music for the mystical play Eve, he was in for a set of surprises that would throw the high-strung Frenchman into an emotional maelstrom.

Massenet had been heartened by what he described as “the superb general rehearsal,” which he had attended only because the theater was empty. Even so, during the debut he waited in a small café nearby as a friend brought him progress reports. After each part of the play his friend ran across the street. The news from parts one and two was encouraging. After the third part it was still encouraging, and his friend told Massenet that the whole thing was over and that the audience had gone home. He convinced the composer to go to the theater and thank the conductor. In his memoirs Massenet describes what happened next:

I believed him, but what a fraud he was! The minute I reached the musicians’ foyer I was blown like a feather into the arms of my cohorts, which I hung onto for dear life because I now understood the trick. But they set me down on the stage in front of the audience, which was still there and still applauding and waving their hats and handkerchiefs. I got up, bounced like a ball, and vanished–furious!

Massenet was in for a second shock that night when a servant appeared at the concert hall and informed him that his mother was desperately ill. The distraught composer hurried to his mother’s residence only to be met by his sister with word that their mother had died.

Jules Massenet tells the story in his autobiography My Recollections.