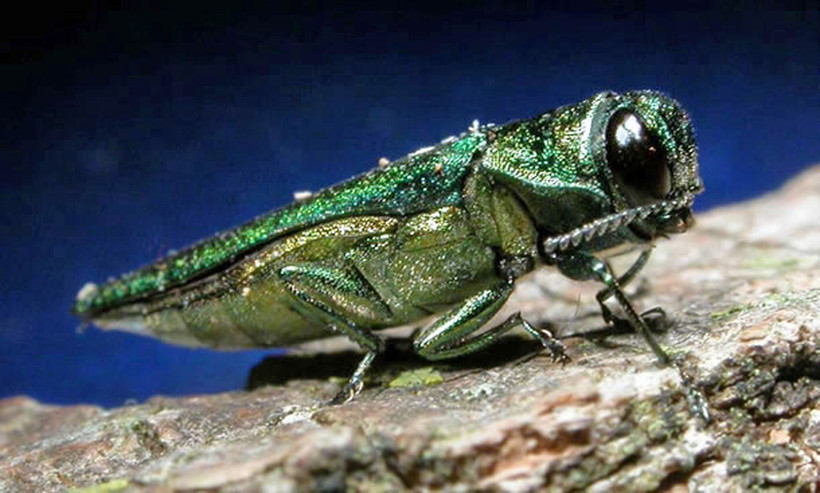 The invasive emerald ash borer has spread to another Wisconsin county.

The beetle's larvae has been found in trees on a woodlot in the town of Schleswig in Manitowoc County, the Wisconsin Department of Agriculture, Trade and Consumer Protection confirmed Friday.

The announcement means the emerald ash borer has been found in 39 Wisconsin counties, and it's likely to spread further, said Donna Gilson of the DATCP.

"It marches on its own up to about two miles a year; that's about as far as emerald ash borers can fly before they die at the end of the season," Gilson said. "But human beings just give it so much help. We like to haul firewood around, and that's the number one way that EAB, as well as some other pests including gypsy moths, get spread around."

It's illegal for Wisconsin residents to transport firewood out of counties where emerald ash borer has been found, though Gilson said Manitowoc County was already under a firewood quarantine because the insect had been spotted in neighboring counties.