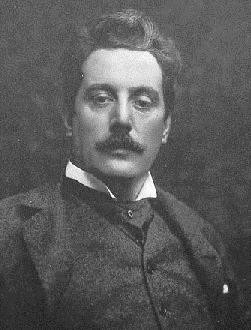 Although he was one of the world’s great composers, Giacomo Puccini sometimes despaired as he searched for the subject of his next opera. Two years after the success of his 1910 masterpiece La Fanciulla del West, he considered basing an opera on another American subject, Washington Irving’s Rip Van Winkle. He tinkered with the idea of using the fragmentary novel A Florentine Tragedy by Oscar Wilde. He thought about working with George du Maurier’s wildly successful 1894 Gothic novel Trilby, which in 1896 had become the first book to be adapted for film.

In a letter to Luigi Illica, who had written the librettos of three of his greatest operas, Puccini confided his difficulties and aspirations:

I still want to make people weep: That’s what it’s all about. But do you think it’s easy? It’s extremely difficult, dear Illica. First of all, where is a person to look for a subject? And will our imagination find one that’s  universal and enduring? We don’t have to take off in completely new directions nor do we bend over backwards to come up with something original. Love and grief were born with the world, and we who have passed the half-century mark are familiar with both of them.

So we have to find a story that grips us with its poetry and its love and grief, and inspires us enough to make an opera of it. But I repeat to you (not that I doubt you in the least–not ever!) I feel a little shaken in my faith and it begins to abandon me!

Do you think that during all this time (since the final note of Fanciulla) I have sat with my hands folded in my lap? I have tried everything and anything....I feel tired and in despair.

Five years later, Puccini would produce his next opera, La Rondine, which would lead to a burst of creativity that would carry him through his final years.