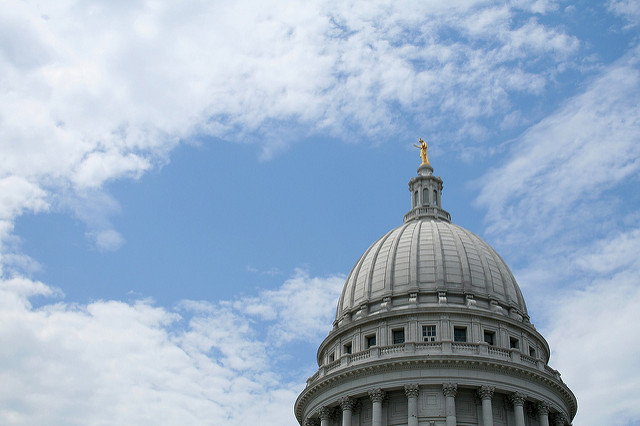 New Affadavit Option Must Be In Place By November Election, Judge Rules
By Laurel White
Share:

U.S. District Judge Lynn Adelman ruled Tuesday that voters who can't obtain a state-issued ID must be allowed to sign an affidavit to verify their identity at the polls. Then they can vote on the spot.

Adelman also directed the Elections Commission to train poll workers and educate voters about the affidavit.

The Elections Commission is figuring out how to implement those changes, with just about three months to go before November’s general election, said spokesperson Reid Magney.

"A lot of the details, it's just too early to discuss at this point," Magney said.

Elections Commission staff are assessing how the affidavit option can be incorporated into already-scheduled training sessions for poll workers and clerks, and the possibility of adding information about the new option to the commission’s statewide voter ID education campaign, Magney said.

The education campaign launched earlier this month after the commission secured $250,000 in funding from the state’s budget committee.

It’s "too early to tell" if the commission will be able to make substantive changes to the campaign, which is running on television, radio and online, Magney said. They’re currently awaiting a cost estimate from the advertising agency running the effort.

The Elections Commission, along with a separate Ethics Commission, replaced the Government Accountability Board on June 30. Though the commission hasn’t existed long, there aren’t concerns about navigating these turbulent waters, Magney said.

"We’re experienced in dealing with these sorts of court orders and complying with them, and changing media campaigns to reflect them," he said.

The affidavit option won't be available for voters in August's partisan primary, but must be in place for November's general election.