At WPR and NPR we cover the issues and impacts of politics throughout the year, so when election season arrives, you have the context, candidate interviews and diverse perspectives you need to decide. Wisconsin's primary elections are on Tuesday, Aug. 9, followed by the general election on Tuesday, Nov. 8. Below you'll find information on upcoming special coverage, links to our recent stories and more - check back for regular updates.

Wisconsin's 3rd Congressional District Debate - Read about or stream the audio of this July 20 primary debate from Democrats Rebecca Cooke, Deb McGrath, Mark A. Neumann and Brad Pfaff. They are seeking their party’s nomination in the Aug. 9th primary election. The winner will face Republican Derrick Van Orden in the November general election.

Wisconsin Main Street Agenda - What are your top concerns as we head into the 2022 midterm elections? Take a few minutes to share your thoughts in a survey as part of this project from the Milwaukee Journal Sentinel Ideas Lab, the LaFollette School of Public Affairs at the University of Wisconsin-Madison and Wisconsin Public Radio. Learn more and take the survey here. 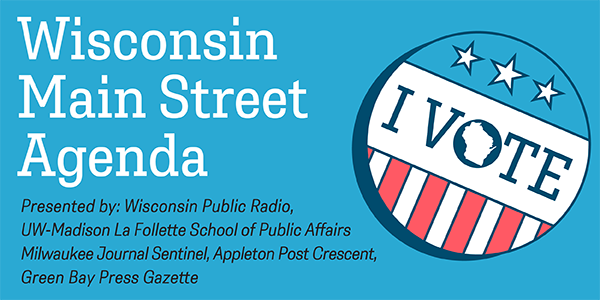