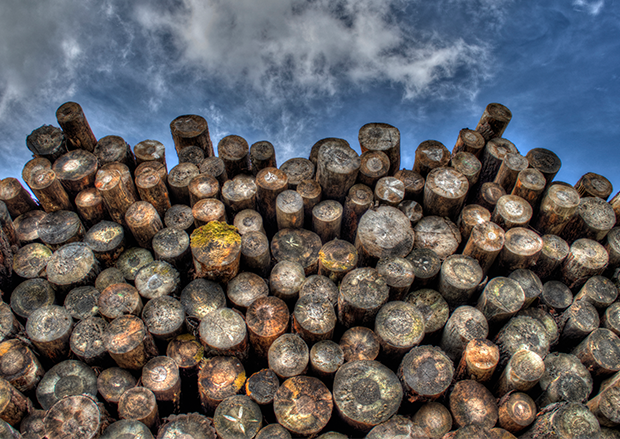 The El Niño Southern Oscillation cycle, which is driven by warmer water temperatures in the tropical Pacific Ocean, can have major effects on global weather patterns. In turn, an El Niño event can alter economic fortunes worldwide, particularly in agriculture. But other industries can be affected too, including energy, forestry, sales and transportation.

El Niño increases the probability of higher than average winter temperatures and less than average precipitation in the northern U.S., including Wisconsin. Higher temperatures could be good news for consumers hoping to save money on their heating bills, but trouble for loggers who rely on frozen ground during their winter timber harvest.

Lower heating expenditures are expected across the U.S. through March, compared to the last two years, thanks to the combination of warmer weather and lower fuel prices, the U.S. Energy Information Administration noted in an October report. The agency expects heating fuels consumption to drop 10.5 percent, prices to drop 8.9 percent and expenditures to decline 18.5 percent.

"If it is warmer, there should be some energy savings, although with lower costs people tend to use more than when energy costs are increasing," said Scott Sanford, outreach specialist with the University of Wisconsin-Extension's Rural Energy Program.

As for Wisconsin's multi-billion dollar logging and forest products industry, a warm winter can limit operations.

"We have a history of depending on frozen soil and frozen ground for our forest operations," said University of Wisconsin-Extension specialist Mark Rickenbach, who is a professor in the University of Wisconsin-Madison's Department of Forest and Wildlife Ecology. "When those conditions aren't met, we cannot harvest timbers in those sites."

Without frozen ground, logging crews can't get their equipment into the forests without damaging the logging sites.

"Even with last winter's cold weather, we had some problems because we had early snow and the ground wasn't frozen," Rickenbach noted.

Soil conditions are also a factor in the timing of logging in winter, with frozen ground considered favorable.

"If you have a really wet area you want to harvest, you have problems with soil compaction and erosion," said Scott Bowe, a UW-Extesnion wood products specialist.

"It's going to be cold no matter what," Bowe said. "The lower amounts of snow may allow for greater depth of frozen ground."

The lack of a deep freeze creates uncertainty for the logging companies, the landowners and the saw mills and paper mills that want the wood, Rickenbach said. For example, oak must be harvested in winter to prevent the spread of oak wilt, and lack of frozen ground could delay that harvest.

"Logs are kind of a live product," Rickenbach said. They can't just sit once they are cut. Loggers plan on making certain sales, and on keeping their crews and equipment operating.

A regular winter and a short spring breakup give loggers more options.

"A hard freeze lets them get into the full range of sites in order to harvest," Rickenbach said. A regular winter means that mills can better "predict spring breakup and so get more logs lined up outside the mill before spring breakup."

While one warmer winter may create short-term conditions that interfere with the operational needs of the logging industry, longer-range transitions might be in store for Wisconsin forestry. These challenges include the rise of digital communication, shifts in ownership and management of timber lands, and climate change.

Diverse forests cover almost half of Wisconsin's land area, and many tree species reach the edge of their range in the state, which is at the intersection of different climatic zones, reported Climate Wisconsin (a project of the Educational Communications Board informed by research conducted via the Wisconsin Initiative on Climate Change Impacts). With a warmer climate, trees in the southern part of the state -- oaks and hickories -- might expand northward. Meanwhile, northern species at the southern edge of their ranges could recede in Wisconsin if conditions become too warm and/or dry.