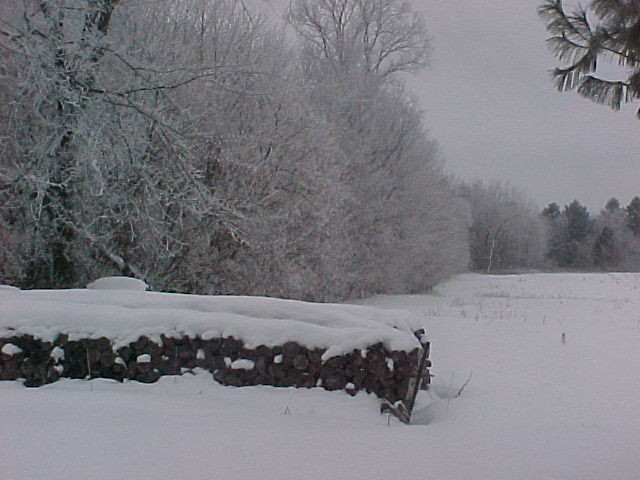 Much of Wisconsin is experiencing a very warm autumn so far, with temperatures higher than average in both September and October. One factor that might be influencing these balmy conditions is El Niño, a recurring global weather pattern that can result in warmer winters for Wisconsin.

Daniel Vimont, an associate professor of atmospheric and oceanic sciences at the University of Wisconsin-Madison, said that El Niño typically reappears every few years.

"El Niño is a climatic phenomenon that occurs every three to seven years," said Vimont. "We're experiencing one right now, it's a big event this year."

El Niño conditions develop when the waters of the tropical Pacific Ocean, near the equator, warm by about 2 to 4 degrees Celsius. That's a lot of heat, given the amount of water involved.

"This is a huge phenomenon," said Vimont.

The counterpart to El Niño is La Niña, which develops when the tropical Pacific cools. Together, this cycle is known as the El Niño Southern Oscillation, or ENSO. That name "recognizes that the ocean and atmosphere work together to produce these kinds of conditions," said Vimont. There are also ENSO-neutral years, when conditions in the tropical Pacific hew closer to the average.

An El Niño event usually gets started around March to May, but the observation of precursor conditions during those months doesn't necessarily mean the phenomenon will fully develop by the end of the year. That was the case in 2014, when an El Niño was initially forecast, but didn't end up developing. In 2015, though, conditions in the tropical Pacific have persisted and the resulting El Niño is shaping up to be historic in scale.

In equatorial regions, El Niño is already having a profound effect on weather. In the Andean region of South America, there can be quite a bit more precipitation, which can cause issues like landslides if the rain is particularly heavy. Meanwhile, conditions are much drier than typical in the western Pacific, which is making it easier for wildfires to spread in Indonesia.

"El Niño has a big effect globally, and it does have an affect here in North America and the United States as well," said Vimont.

The shift in Pacific Ocean temperatures has a strong influence on where tropical precipitation is likely, which in turn can affect the location of the jet stream over the U.S. common weather patterns during El Niño years include the potential for wetter and cooler than average conditions in the southern U.S., and possibly drier and warmer weather in the Pacific Northwest and Upper Midwest.

Vimont emphasizes that an El Niño does not guarantee those conditions though.

"I like thinking about loading the dice," he said. "Any year could be different than any other year. But when an El Niño comes along, the dice are loaded for warmer conditions in the Midwest."

So far, Vimont explained, there have only been six major El Niño events that have been studied to a serious degree. During those periods, three saw warmer than average conditions in the Midwest, while the other three did not see significant temperature changes. The sample size is simply too small to make forecasts with a greater degree of certainty.

Numerous other factors besides El Niño can influence winter weather in Wisconsin, explained Vimont, such as the polar vortex conditions that struck the state in early 2014.

A warmer winter due to El Niño can result in multiple secondary effects around Wisconsin, said Vimont, though these relationships retain uncertainty as well due to the limited data available. For example, a shorter length of lake ice cover in Wisconsin has been observed. El Niño can also affect the amount of precipitation in the form of snow, and how long it remains unmelted. Warmer conditions could result in less snow, but  again, no forecast is completely certain.

Vimont said that the relationship between El Niño and warmer temperatures driven by broader climate change is very complex.

"Our understanding of how climate change impacts El Niño is kind of in its infancy at this point," he said. "There are studies that suggest that El Niño events will become more intense due to climate change, and there are other studies that show that the impact of El Niño on the global atmosphere will become more intense as well -- so, a stronger relationship between El Niño and, say, warm weather here or wet weather to the south."

However, because each ENSO cycle is different, and there have been so few El Niño events studied so far, it could be hundreds of years before climatologists pinpoint specific interactions between the phenomenon and global climate change.

"El Niño has a huge impact on our temperature," said Vimont. "I am confident that his year will be the warmest year on record globally."