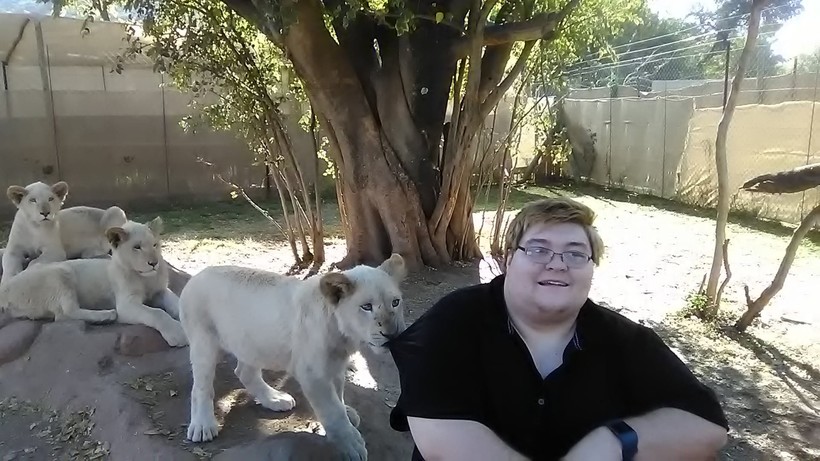 When Gabriel Schlieve made it to the top of the Great Wall of China he was not only marking off a personal goal to see the worlds' most famous landmarks, he was also proving that a disability would not hold him back.

"When I was younger I was told I couldn't go to China by a family friend, she said it wouldn't be accessible, and I and my family took that as a challenge," he said.

Now, the 23-year-old from Eau Claire who has cerebral palsy, is working on an app to make traveling more accessible to people with disabilities, both around their own communities and internationally. Those with vision problems, bad knees or who have difficulty traveling will also find the app useful, he said.

"So many people with disabilities feel that they cannot travel," Schlieve said. "I love to travel and would have missed out on so much if I had listened to people telling me I couldn't."

The project, the Rebel Traveler’s Guide to the World, has been in the works for about 14 years, Schlieve said. The idea started as a book, but about three years ago switched to an app because of their accessibility and ability to crowdsource data, he said.

Schlieve describes it as a cross between Yelp and Foursquare for those with disabilities. It will collect information on different sites and venues such as the number of stairs and whether there is a handicap entrance and elevator.

Those details will be crowdsourced by users — with the app managing the information for accuracy — and also will include information on pros and cons of a site, as well as how to get there and what other points of interest are near. 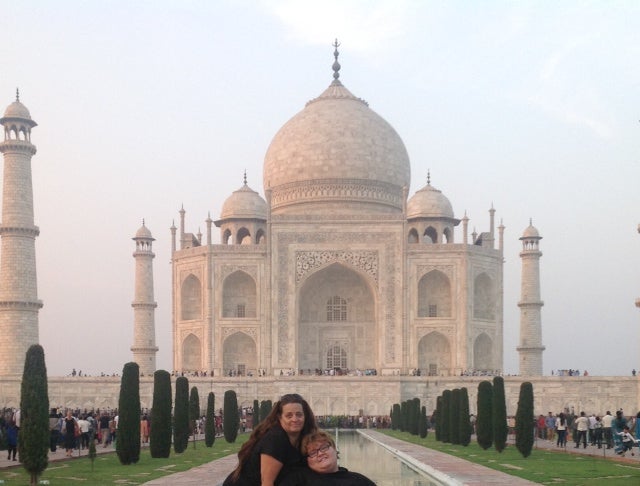 Gabriel Schlieve at the Taj Majal with his mom. Photo courtesy of Schlieve

That information would have been useful to Schlieve when he traveled to the Great Wall, he said.

"Once I got to the top I actually found out that there was a gondola (lift) coming from another province that was nowhere in the tour book," he said. "So I spent all this time and energy ... only to find there was an easier and more accessible way up to the Great Wall."

The app is starting small, focusing on collecting data in Eau Claire and the Twin Cities, then expanding to Chicago in the near future, with the goal to take the app international.

Earlier this year, Schlieve traveled to Swaziland for several weeks as part of the Mandela Washington Fellowship for Young African Leaders Reciprocal Exchange to work on developing the app. He was one of 71 Americans selected to travel to Africa to address global and local community challenges in the United States and Africa.

While there, Schlieve and several groups he worked with were able to collect data on Swaziland, as well.

Schlieve has also traveled to Thailand, Tibet, India, Egypt and Israel, but said Swaziland was his favorite destination.

Schlieve hopes that the resources offered through the app will make traveling easier, and with fewer unknowns, for those traveling with a disability.

"I have tried my hardest to get, you know into all the famous landmarks and most of them, except when I wasn't discriminated against by policy, I've been able to overcome with a little elbow grease," he said.

Schlieve plans to launch the app this fall.